At Phones Review we’ve been attempting to keep readers informed with all the news about Android 4.0 ICS updates and if you’re a Sony Xperia S owner you’ll probably know that there have been some problems with the rollout. We’re pleased to tell you that it seems the Xperia S ICS update is now on schedule again and so those of you who are still waiting should be receiving it soon.

We first told readers that the ICS update was available for the Xperia S back in June but a week later it became apparent that there were issues. Some users who tried to update their phones were unable to do so even when their device SI numbers were listed among the devices that ICS was ready for. However Sony then acknowleged that there were some problems affecting the ICS rollout for the Xperia S and said it was working to fix them as quickly as possible. The good news today that these issues seem to have been overcome should delight many Xperia S owners who will now be able to get the first taste of Ice Cream Sandwich.

News of the fix came from Cnet who asked Sony about the issues and received word that the update was now back on schedule. When the ICS update first became available for the Xperia S, Sony told how it might take a few weeks for the rollout to complete. As the process was interrupted then it seems likely that it won’t reach everybody immediately even though the rollout is back on track so you may have to be patient a little while longer. Good to know though that the particular issues that stopped the rollout have been fixed and hopefully you’ll receive ICS soon even though the next Android OS, 4.1 Jelly Bean is now only just around the corner. 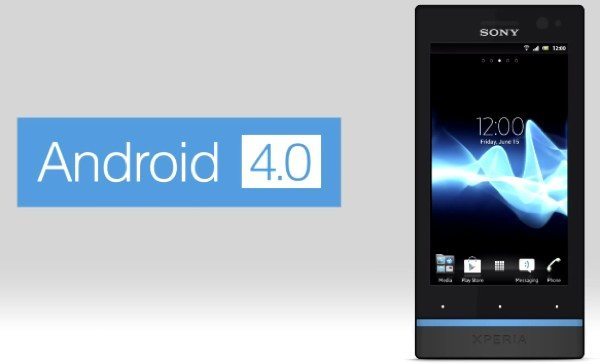