The mobile market is beginning to see a stronger line up of games being released to both the Android and iOS platforms, but there are still some hugely popular titles that are not available, one such game is Blacklight: Retribution and this would be a game app worth thinking about.

For those of you that have never heard of the game Blacklight: Retribution is a free to play online multiplayer first person shooter, which has a number of maps and game types available. The game types include Kill Confirmed, Domination, Deathmatch, Capture the Flag, KOTH, and Team Deathmatch.

The game has recently been treated to weapon depots where players can purchase Ammo Refills, Health, and weapons such as Rocket Launchers, Hardsuits, and Flamethrowers.

Blacklight Retribution features a Hyper Reality Visor that players use to locate their enemies, weapon depots, mines, and much more but while using the feature a player can only move around, jump and sprint, which allows enemies easily kill their opponent while HRV is in use.

There are a total of nine maps available that vary in size and there is even the option of weapon customization with a high level of detail. By April of this year the game had gained over a million registered users with many positive reviews, but would you like to see the game become available for smartphone and tablet PC users?

The game could be ideal to showcase modern mobile technology that is now found on the likes of the new iPad and Samsung Galaxy S3, and their stunning HD displays. Would you like to see Blacklight: Retribution released as an application or is there another game you would rather to see? 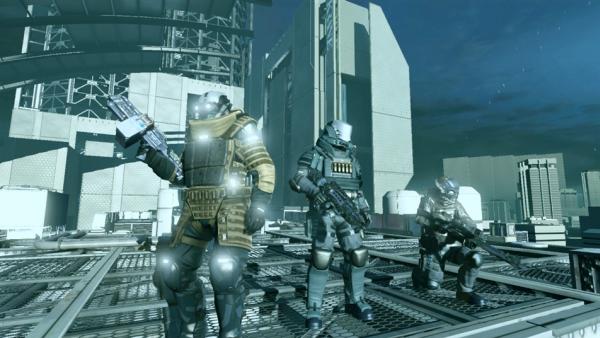 3 thoughts on “Blacklight Retribution game app worth thinking about”