The Samsung Galaxy S3 was released in May 2012, but it’s already one of the most famous phones on the market, outselling its most serious rival, the Apple iPhone 4S, launched about half a year ago. And it’s not surprising at all, since Samsung’s new flagship comes with the best features you can imagine. Armed with a huge 4.8-inch touchscreen, a quad-core processor clocked at 1.4 GHz, a 2100mAh Li-Ion battery and Android 4.0 Ice-Cream Sandwich, it’s already one of the best phones of 2012, beating not only the iPhone 4S, but favorites like the HTC One X, too.

The best thing is — the Galaxy S3 doesn’t have a sky-high price, so many people can afford it — either unlocked or with a contract. But the question is — which version is cheaper and more advantageous? Let’s try to find out.

SIM-free
If you prefer unlocked phones that can be used with any SIM card, Amazon can be your first choice. Right now they offer the 16GB version of the Galaxy S3 for Â£483.04 — not much for such a powerful phone, but still a bit more expensive than its average international price ($650-700, which is about Â£420-450).

Google’s Shopping has a number of interesting offers, too, starting from about Â£410 up to Â£600 for the unlocked 16GB version, so if you want a SIM-free phone, you have a wide range of choices. The only problem is — for many people paying about Â£500 at once is a bit difficult, and not everyone can afford it; besides, after buying the phone, you’ll have to pay for a SIM-card, too. If you choose a relatively cheap Â£10-per-month tariff from any operator and use it for 24 months, it’ll mean you’ll have to pay about Â£740 for both the phone and minutes/texts/data.

On Contract
If a SIM-free phone with a separate data plan seems to be too expensive, you can have a look at what mobile operators have to offer — there are many different Samsung Galaxy S3 deals to choose from, after all.

There are also many 18-month deals, but the cheapest one is Â£40.89 from Vodafone, and still you’ll have to pay Â£736.02 in 18 months, which is almost the same price as that of the SIM-free version.

So both unlocked and contract versions have their good and bad sides. A SIM-free phone with a separate SIM card will definitely cost you more than a contract one, but you’ll be able to resell it whenever you want or upgrade it to a newer one. On the other hand, the contract phone is cheaper, but you’ll be tied to the same mobile operator for at least 18-24 months, unable to get rid of the phone if you start disliking it (I doubt it will happen with the Galaxy S3 though!). So it’s up to you to compare all of the offers and decide which one to choose. 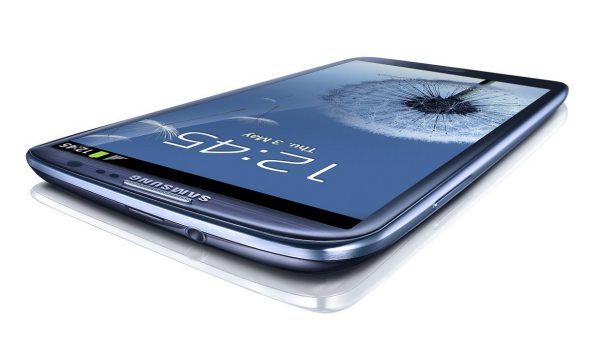