If you’re in the U.K. and are looking for a new affordable smartphone then we’re here to tell you about the Motorola Motosmart Android phone via the Carphone Warehouse and T-Mobile. In fact this handset would suit those with extremely limited budgets and even though it’s cheap it does offer smartphone features.

The Motorola Motosmart is priced at only Â£7 per month on contract or Â£79.99 PAYG so to say that it’s competitively priced is an understatement. Obviously for that money you won’t get top-end specs but we’ll give you a few of the major details you might want to know. The Motorola Motosmart has a 600Hz Qualcomm MSM7227 processor, a 3.5-inch touch display with a resolution of 480 x 320, 512MB of RAM and 165MB of internal memory, expandable to 32GB via microSD card.

The Motosmart also features a 3-megapixel rear camera, a 1400mAh battery and runs on Android 2.3 Gingerbread. Dimensions are 116mm x 63.5mm x 11.2mm and it weighs in at 115g. It also features smart MotoSwitch software which can work out the users favourite friends, apps and songs and keep them handy on the home screen. The release of the Motosmart will take place at the end of July, according to Pocket-Lint, and this could be a very decent choice for somebody purchasing his or her first smartphone.

If you want to see more on the Motorola Motosmart then Motorola has just issued a video for the European launch and you can view that below this story. Remember you can order the phone through either Carphone Warehouse or T-Mobiile in the UK. What are your thoughts on the Motorola Motosmart? Will you be waiting until the end of July to get your hands on it? Why not send us your comments to let us know. 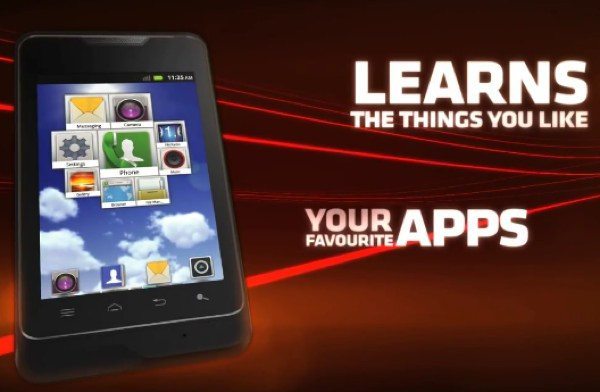