We’ve been bringing readers news and developments on the iPad mini since rumors of it being real have stepped up in the last few weeks. It seems many people would be keen to get their hand on a smaller iPad and today we have news of some photos that have leaked that claim to be a model iPad Mini.

It looks as though the images of the purported iPad mini are of a mock up designed as an engineering sample and the plastic mold could be used for production purposes or also for those who will create accessories such as cases. We have seen previous models of devices leaked by case manufactures so this would certainly be feasible and the images are described as having come from “trusted source” within Apple’s supply chain.

A report on Gotta Be Mobile shows the photographs, one of which you can see below and it has been deduced from the pixel count on the images that the iPad mini will have dimensions of 213.36mm x 143.67mm which would make it around two-thirds the size of the latest iPad. It would also be thinner than the existing iPad. More calculations also suggest that the iPad mini could be around 23.67mm wider than the upcoming Google Nexus 7 tablet, which is 120mm wide. The iPad mini also looks to be slightly taller than the Google Nexus 7, which measures 198.55mm high.

Other things gleaned from the photos are a smaller 19-pin dock connector, which has been previously been widely rumored for the iPhone 5 and on the bottom edge there appears to be two speaker grilles rather than one as on the current standard iPad. These have also been repositioned so could allow for louder sound from the iPad mini as they are not so likely to be covered when holding the tablet. We have to remind you that we cannot validate the accuracy of the images but nevertheless if accurate they do give some indications about the iPad mini.

A brief roundup of other rumored specs for the iPad mini so far includes a 7.85-inch display with resolution of 1024 x 768, a price of around $299, 16GB of storage, and a release around September or October in time for the holiday season. We shall of course be closely following developments for this smaller iPad and will keep readers informed.

Tell us your thoughts on the iPad mini. Are you looking forward to a smaller iPad at a lower price level? Maybe you’re an Android enthusiast and more likely to purchase the soon-to-appear Google Nexus 7 tablet? Let us know by sending your comments. 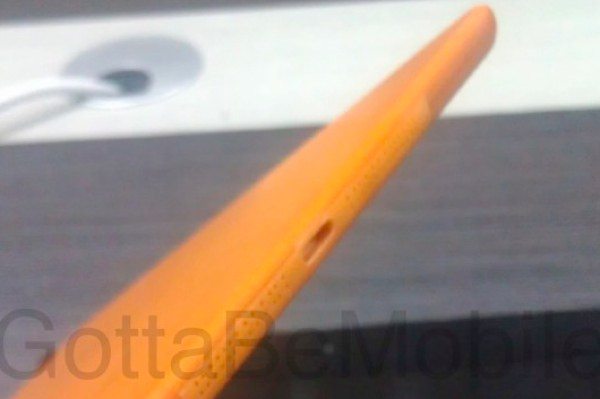