If you happen to be into gadgets that can alert you of stuff such as incoming emails, temperature, Facebook activity, RSS news, and can also illuminate your surroundings, whilst being able to connect to your smartphone via Bluetooth, then you might be interested in the L8 SmartLight, a kind of soundless speaker.

The L8 SmartLight is a project currently running on Kickstarter, and is a battery powered square mini lamp that features a 64 multicoloured LED matrix on one of its sides, and a multicolour super bright LED on the other, and has several sensor inside that connects to your smartphone over Bluetooth and notifies you via light animations or images on virtually anything that happens on the Internet.

With the L8 SmartLight connected to your handset it means the L8 will alert the user as soon as they receive an incoming call or text message, and the L8 can also function as an alarm clock.

The L8 features proximity, temperature and luminosity sensors, so you can find out the exact temp in any room of a house, and even know if someone enters.

So you can find out what the L8 SmartLight is all about, we have a demo video of the device for your viewing consideration below, so don’t forget to head on down and hit that play button to check out the L8 in action and see if it is a device that captures your attention.

According to their website they say they are working on developing an SDK for both Android and the iPhone, and the Android SDK is in the advanced stage, whilst they have started on an iPhone SDK that is progressing.

Currently the L8 SmartLight project is looking for a funding goal of $90,000 to get it off the ground, and has thus far managed to garner pledges of $88,867 with 17 days to go, and will only be funded if that goal is reached by the 3rd of August.

So if you think the L8 is something that would suit your needs, and you would like to make a pledge you can do so by hitting up Kickstarter. 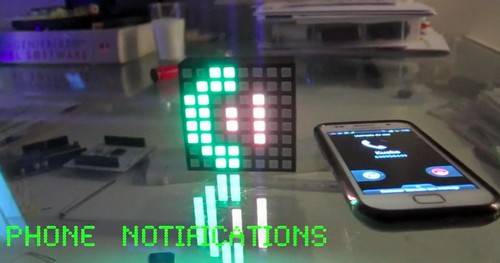