Over the years certain platforms have had their classic games that gain a huge following around the world, which leads to rival platforms offering their own take on a certain game to try and repeat the originals success. Now we have news that the Little Masters App for the iPhone has been submitted to Apple for approval.

According to an article over at Pocket Gamer, those of you that have been hoping for a worthy PokÃ©mon type game to find its way over to the iPhone platform, the wait may almost be over. A game titled Little Masters has recently been forwarded to enter Apple’s infamous approval process.

As you can see from the images on this page, the Little Masters app looks really similar to Game Freaks series of hugely successful PokÃ©mon titles, which have now been part of Nintendo’s hardware for a good number of years now.

The games developer has put up a post on the Touch Arcade Forums, and has revealed that Little Masters will be a free to play game. It also revealed that the game has been created with the help of Riida, which was responsible for the iPhone game Pocket Summoner.

It features a big number of monsters that need capturing and training with lots of skills and abilities to gain. The game also features real time battles with friends and strangers via 3G networks and Wi-Fi. It seems that the more you battle the more premium currency is earned, which will mean that you won’t have to keep paying out.

There is a chance that Little Masters will likely be available via the App Store in the next couple of weeks, assuming it passes Apple’s vetting process. Do you like the look of Little Masters? 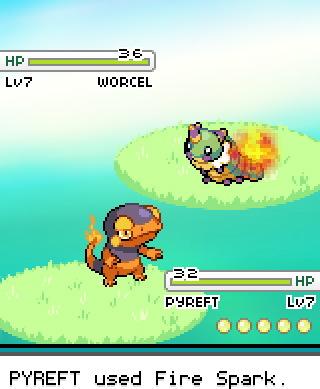