Yep, yet another Kickstarter project for our readers consideration today, this time round it’s a project for the Sensordrone, which apparently makes your smartphone smarter. What Sensordrone actually is, is a multi-sensor device that can fit on your key chain, and can be used to run hundreds of new sensor application.

Apparently Sensordrone can talk with your smartphone over Bluetooth, along with monitoring your environment, whilst including more sensors than anything else available, allowing the user to run hundreds of apps such as scientific apps, fun apps, a breath alcohol app, find gas leaks, measure carbon monoxide, measure colour and light and so on.

Sensordrone features a sleek and compact metal/plastic housing, and requires no configuration, you simple just run the app with everything controlled by the app. Basically the Sensordrone is a bit like a Star Trek tricorder.

Initially Sensrodrone will support Android devices running Android 2.2 Froyo with Bluetooth 2.1 and 4.0 supported, and shipments start in the Fall. iOS will also be supported for devices with Bluetooth 4.0 such as the iPhone 4S and new iPad, although support for iOS will trail Android by a couple of months.

Sensordrone is an open platform, with every app shown in the project becoming available for free, whilst many new apps are under development, such as data sharing apps so you can combine sensor data with your smartphone capabilities and share with Facebook, Google+ and so on, and Sensordrone can eve connect to a printer.

Initially the Sensordrone Kickstarter project was looking for a funding goal of $25,000 to get off the ground; however with still three days to run, the project has garnered $148,069 in pledges, and as such will be funded as of the 21st of this month.

We have a couple of videos for your viewing consideration below so you can learn more about Sensordrone, so head on down and mash those play buttons to check out the footage…enjoy. 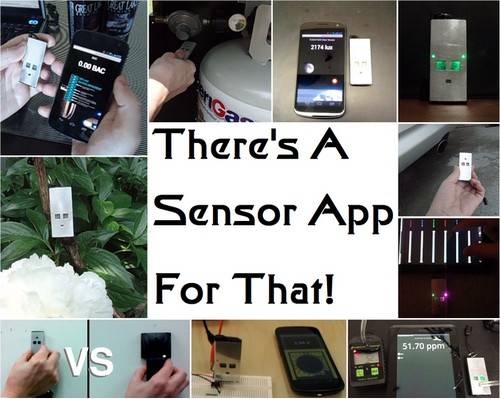