Over the last weekend there was word that when Apple delivered the latest iOS 6 Beat 3 to registered developers last week, the new iOS version did away with requiring to have an Apple ID in order to install free applications, as when you want to download a free app, Apple normally required the user to enter their Apple ID or create an account.

According to the guys over at iDownload Blog, having to use an Apple ID simply didn’t make any sense for the ordinary users, and also doesn’t really support Apple’s cut the cord initiative, which enables a user to set up and use an iOS device without iTunes or a computer.

Obviously Apple would like to keep as many credit cards on file as they can, but it is definitely good news to see that Apple has now dropped the necessity to have an Apple ID to just download free applications, and furthermore it is better from a usability perspective, as all that is required is for the user to hit the download button and not have to go through entering the Apple ID process.

So what do our readers think of Apple doing away with the need to enter your Apple ID to download free apps? Feel free to let us know your views by dropping us a line to our comments area below. 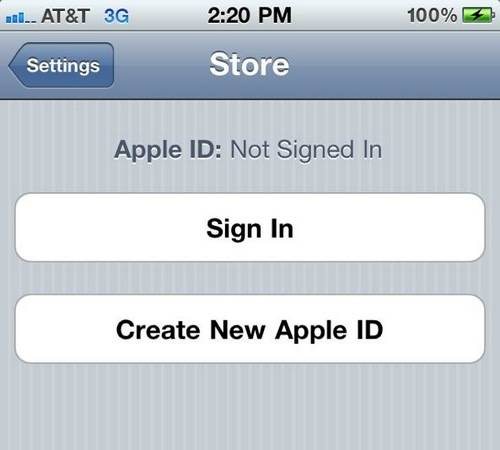