We have been bringing readers news and developments about Apple’s iOS 6 since it was unveiled at WWDC. The next mobile operating system is due in the fall and clues about what it will contain are being found almost daily it seems in beta versions. Today we can tell you that iPhone 3GS owners look set to benefit from a significant step as revealed in iOS 6 Beta 3.

Only yesterday we told how iOS 6 Beta 3 had been seeded to developers and one thing it seemed to reveal was that AT&T may be set to charge for FaceTime over cellular. This time indicators from the beta operating system suggest that shared Photo Streams and VIP mail filtering could be coming to the iPhone 3GS. Originally there were concerns that some of the new iOS 6 features would not be compatible with the iPhone 3GS and Apple listed some feature restrictions. However, it appears that these two features will now be supported, as spotted by those testing the iOS 6 Beta 3 on that device.

A MacRumors report also tells how Apple has now removed those particular restriction entries in its preview page for iOS 6. Whereas previously 8 feature restrictions were footnoted for iOS 6, since Beta 3 arrived those have now been reduced to 6. It’s a good PR move on Apple’s part to continue trying to bring as many features to the iPhone 3GS from iOS 6, as the 3GS is still on sale alongside later iPhone models so this news will satisfy a lot of iPhone 3GS owners.

It’s further welcome news that as we head towards a general release of iOS 6, Apple is still working on further support for iOS 6 on the iPhone 3GS as there could yet be more changes. If you want to find out more about iOS 6 changes head to our previous article here. We’d like to hear your thoughts on Shared Photo Streams and VIP Mail now also coming to the iPhone 3GS as well as later iOS devices? Are you glad that Apple hasn’t given up on the 3GS just yet? Let us have your comments. 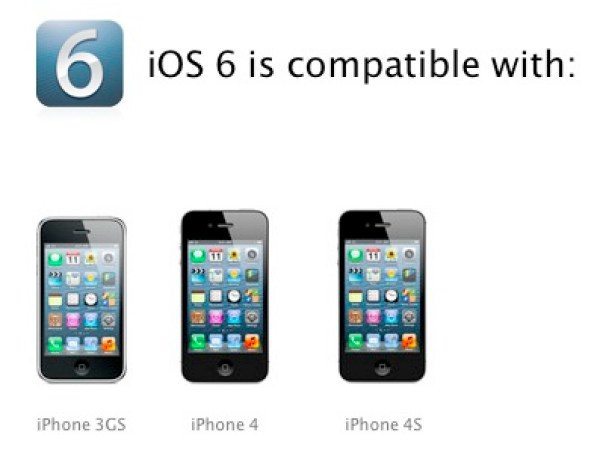