There will have been times that most of us will have seen or heard of some counterfeit or fake goods being sold somewhere, which has quite often been linked to the clothing industry among others. We now have news for you of a Sony PS Vita copycat that is named the Droid X360 that actually runs the Android operating system.

As the guys over M.I.C Gadget are reporting this latest tech product to become available is called the Droid X360, and as you can see from the images on this page the device is a Sony PS Vita knock off that actually runs the Android Ice Cream Sandwich operating system. The fake gadget has one great feature that the original Sony PS Vita doesn’t have in the form of nine different kinds of built in emulators for some classic arcade games.

These games originate on platforms such as the Game Boy Advance, Game Boy Color, Nintendo 64, Sony PlayStation, NES/FC, SNES, SEGA Game Gear, and the SEGA Mega Drive. The portable gaming device has unsurprisingly been released by a Chinese company and besides the emulators and Android 4.0.4 Ice Cream Sandwich, the Droid X360 features a 1.5GHz processor thought to be dual core, 8GB of built in storage, 512MB of RAM, and a 5-inch capacitive touchscreen display with 800 X 480 pixel resolution.

There is also a microSD card port that offers support up to 32GB, HDMI out, mini USB port, and a 2,800 mAh battery to keep the device powered up. The Droid X360 even has two built in cameras that include a two megapixel shooter on the rear, while around the front is a 0.3 megapixel unit. To play all those games there is two analogue sticks as well.

Currently there is no information on pricing and availability in regions outside of China, but you can imagine Sony may have something to say about that. What are your thoughts on the Droid X360? 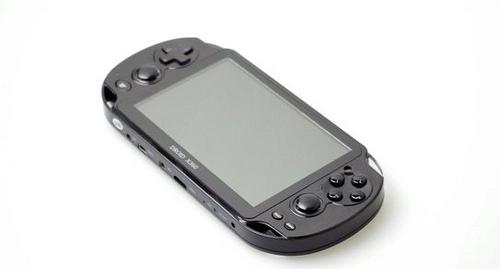