Cost effective Apple iPad only $1.36 per year to charge

If you are the proud owner of an Apple iPad, you might like to know just how much it is costing you to charge up your iOS slate per year, and apparently recent research has found that charging your iPad doesn’t actually cost the user a great deal per year, as the Apple slate cost less to charge than a 60-watt fluorescent bulb.

According to an article over on Yahoo! News, non-profit research development group, the Electric Power Research Institute (EPRI) has found that the yearly cost to charge the Apple iPad is only $1.36 as compared to a 60-watt fluorescent bulb costing $1.61 per year.

According to EPRI if the quantity of iPads triples from 67 million they would require a small power plant operating at full capacity to supply the electricity needed; however if people are using the iOS slate rather than desktops, watching TV or playing video games, shifting to the iPad could mean lower power consumption overall, as a desktop uses 20x more power than an iPad.

The EPRI researcher that conducted the iPad test Baskar Vairmohan has stated that they are now studying usage to understand if the uptake of tablets is reducing or adding to power consumption, and for the iPad test he used an iOS slate with a drained battery and assumed users would charge their tablet every other day.

But charging the Apple iPad isn’t the lowest costing Apple gear, as according to EPRI the iPhone 4 costs even less to charge for a year, with the cost coming in at just 38-cents per year.

So there you go, at least if you do own an iPad you now know that it isn’t costing you the earth every year to charge up the slate. 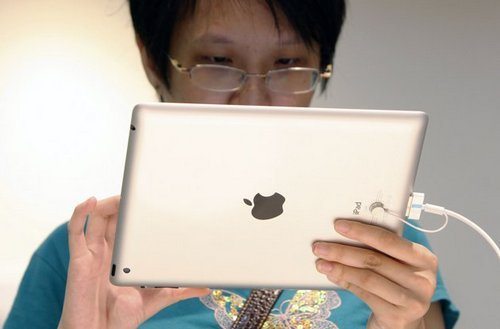