No doubt both iOS and Android gamers love it when Gameloft announce new mobile games gearing up to hit their platform, so those gamers will probably be overjoyed to hear that Gameloft has now announced five new game offerings for both the iOS and Android platforms.

According to a report by Talk Android, after the success of such popular games as Let’s Golf, Fantasy Town, Fashion Icon, Ice Age Village and others, Gameloft has officially announced five new games for both iOS and Android, whilst a sixth game will be an iOS exclusive.

Those five Android and iOS games will be one for the younger girls, MY Little Pony, which enables youngsters to build their own Ponyville town along with playing a series of mini-games. The next is Monster Life, were users interact with 3D paper craft monsters, train them to fight other monsters, care for them, and build them habitats.

Then there is Cosmic Colony, a game for iOS and Android that has the gamer create and organise a colony on a mysterious planet, and make their colony successful along with taking part in space missions. Next there is Kingdom of Lords, a strategy and simulation game, where gamers construct their kingdom and army and fight of invaders, or fight each other.

Last of the five iOS and Android games is UNO & Friends, a game that enables UNO fans to connect with friends via their smartphone or slate and Facebook so they can challenge up to three other players, and features an in-game chat mode. The iOS exclusive game is Texas Poker for Prizes, where poker fans can win chips by playing up to 4 tables at once, and can also enter a daily lottery to win prizes.

So there you go, five new games for Android and iOS gamers along with that exclusive game just for the iOS gamer; however, unfortunately Gameloft hasn’t stated just when these new games will become available, but all games will be free to play.

Image below courtesy of Smartkeitai 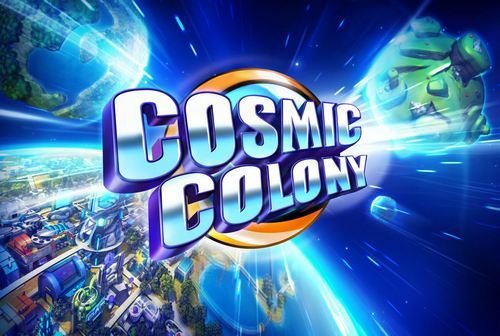