One for those gamers on the iOS platform today that might be interested in a little Kicksarter project currently running called GameDock for the iPhone, iPod and iPad, which basically turns your iOS device into a retro gaming console that supports HD TV out along with two player gaming.

Apparently the GameDock for iOS devices is compatible with existing iCade games along with dock-ready games that have full 1080p HDTV out and 2-player support, and communicates over short range Bluetooth.

Also with the GameDock for iOS devices they have also developed a dashboard app , which enables the user to select and play games from the comfort of their couch.

Currently the GameDock for iOS devices project is looking for a funding goal of $50,000 to get things off the ground, and has thus far garner pledges to the tune of $48,769 with 21 days to run. We also have a video for your viewing consideration below that lets you know all about the GameDock. So don’t forget to hit that play button to check it out.

And if any of our readers feel the GameDock is something they could make use of, and would like to make a pledge, you can do so by hitting up this Kickstarter page. 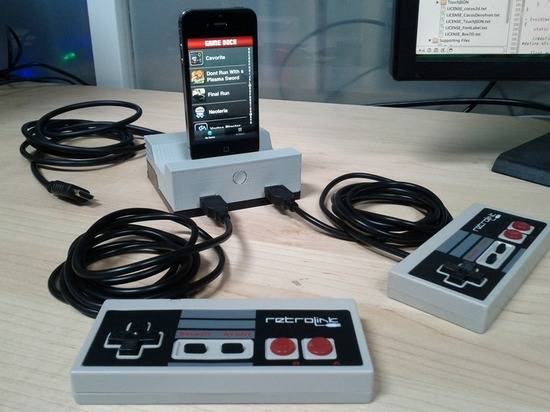