We seem to have missed this one a few days back, but as you probably know since Apple delivered the Siri voice assistant on the iPhone 4S, other handset makers have all been rushing to deliver their own take on Siri, and it appears that Research In Motion is the latest to just aboard the virtual assistant loco.

According to an article over on iDownload Blog, by way of Crackberry, RIM has now added a Siri like rival to the latest BlackBerry 10 Alpha update, and we have a video evidence for your viewing consideration below.

However one does have to remember that this is a developer Alpha, and as such features could change drastically before the final release of BlackBerry 10, if of course RIM actually survives to ever deliver BlackBerry 10, as I’m sure you know the Canadian company has had quite a bad time of it recently.

Perhaps that’s why this video opens with the title The Rimpire Strikes Back, but one does have to wonder if the BlackBerry maker will ever regain the dominance they once had in the mobile space.

Apparently the BlackBerry 10 Alpha update delivered several new APIs for developers, but the main attraction in the footage is of course that Siri-like functionality.

So, with all that out the way, I’ll shut up and let you head on down to hit that play button so you can check out the BlackBerry 10 Alpha update voice assistant functionality for yourself…enjoy. 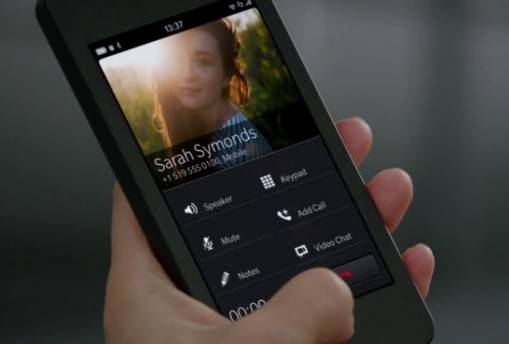