iPhone 5 smuggled out of Foxconn and pictured

As we draw closer to that inevitable day when Apple grabs the entire attention of the tech space, and unveils the next iOS smartphone, obviously more and more rumours hit the net waves, and the latest little rumour is apparently an iPhone 5 has been smuggled out of Foxconn.

According to an article over on Emirates247, by way of Gizmodo, Chinese case maker Coolzonepda, has managed to get hold of an iPhone 5, and has posted images of the iOS smartphone, complete with the new 19-pin connector to their website.

So is Foxconn gearing up for that anticipated October release or sooner? Well as with all things Apple, it is difficult to say for sure, but as we have seen quite a few claimed iPhone 5 parts leaked recently, it could be possible, that is of course if these iPhone 5 images are real.

So what do our readers think about these supposed iPhone 5 pictures, real or fake? 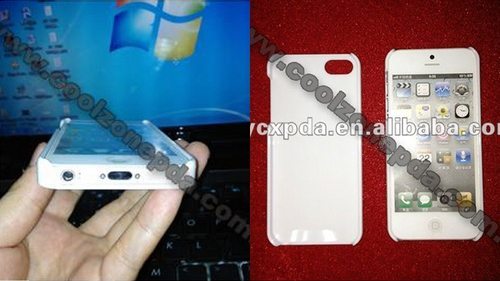 27 thoughts on “iPhone 5 smuggled out of Foxconn and pictured”