The Apple rumour mill has been hitting top gear in the last few weeks and months, as talk of the next iPhone and even a smaller version of the iPad have been doing the rounds recently. Now an iPad mini and iPhone 5 event is being tipped for September with a release date shortly after.

According to iMore Apple is planning to reveal the iPhone 5 at a special event on Wednesday, September 12, 2012, and the release date will come nine days later on Friday, September 21st. The latest information is coming from so called reliable sources that have been accurate in the past, and matches a date that was suggested last week.

It is also being claimed that the iPad mini will also make its debut at the same event along with a new iPod nano, but there hasn’t been any release date tipped for the iPad mini so far. There is a chance that we will also see a new version of the iPod Touch at the September 12 event. Only last month we heard of talk of the iPhone 5 and mini iPad being released during September.

Last year Apple held an event for the iPhone 4S on October 4th with the release coming ten days later, and the event also brought some minor updates to the iPod range that included the white iPod Touch. This year the new iPad was revealed for the first time on March 7th, with a release date coming only nine days later.

Last year Apple repositioned the iPhone as a new big fall release in the run up to the busy Christmas shopping season. The next version of Apple’s mobile operating system could also get a final outing at the event, and going on previous history could release around September 19th.

The company normally shows off extra hardware specific iOS features at new iPhone events, which last time saw the introduction of Siri. With regards to the iPad mini it is thought the device will be exactly the same as the 9.7-inch version, but scaled down to 7-inches. It seems if speculation is to be believed that the iPhone 5 will come sporting a 4-inch display, and may even feature a smaller Dock connector.

There has also been talk of in-cell display technology that will leave more room for internals, and a new nano SIM is also thought to be coming. If these latest claims are accurate we could only be a few weeks away from seeing the new iPhone. 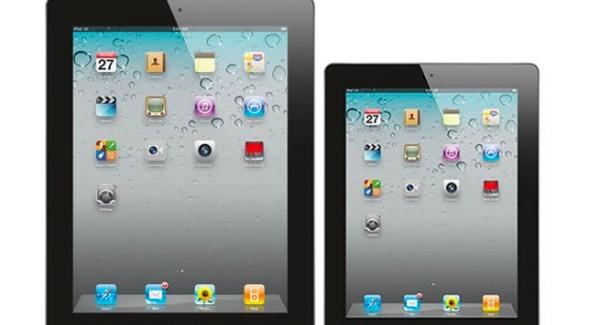