In this day and age, carrying around a much sought after device, such as a smartphone or tablet, can sometimes land you in difficulty with thieves if you use you device in public. It’s just one of those things, you have something a thief wants, so you become a victim, and the tech gear high on the list of thieves targets is of course Apple gear, as they can be sold on for a nice profit.

And a reporter for the Wall Street Journal was the latest to become a victim of Apple gear crime, as according to a report over on Phone Arena, by way of TUAW, WSJ reporter Rolfe Winkler was sitting checking out an ebook with his date on her Apple iPad when the train stopped at Bergen Street Station in Brooklyn.

Once the doors opened a thief was quick to snatch the iOS slate from his date’s lap and made off with the device. Winkler was quick to give chase in order to get back the Apple tablet, but ran into the thief’s back up team, which set about the reporter.

This resulted in Winkler finding himself laying on the platform and bleeding with his jaw split in half, which resulted in the reporter having to eat through a straw for a month, although this isn’t the worse case scenario when it comes to thieves wanting the iPad or iPhone, as back last year a woman dies after falling down the stairs of a rail station when a thief stole her iPhone.

So I guess the moral here is be aware that there are plenty of lowlifes out there that will put you in hospital simply to get out of having to pay for tech gear, so be careful where you use your smartphone or tablet as they seem to be an ideal target. 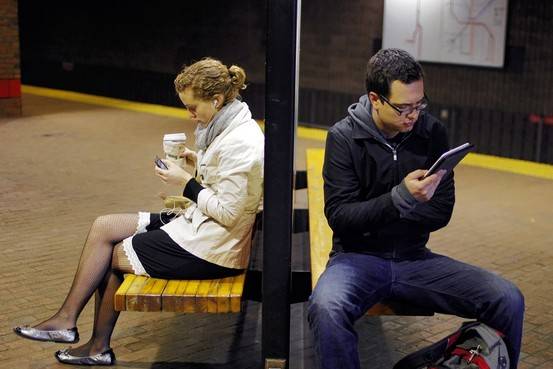