The design that kicked the whole thing off was over on Concept Phones, created by Killu-Chan and showed an idea for the Next Galaxy Nexus (or Nexus 2?). If there were to be a Nexus 2 like this mockup design though it appears that it might not be from Samsung as with the original Galaxy Nexus as the styling definitely has some Motorola touches. Specs of this Nexus 2 design included 5-inch Super AMOLED display with resolution of 720p, Corning Gorilla Glass, 32GB of internal storage and HSDPA 42 Mbps connectivity. Other additions were purported to be WiFi, Bluetooth 4.0, 12-megapixel rear camera with HD video capture, autofocus and LED flash and a 2-megapixel front-facer.

Other killer specs included a 2GHz quad-core NVIDIA Tegra processor, the Android 4.1.1 Jelly Bean OS and ULP GeForce graphics. However it seems a lot of people got over excited much too quickly and forgot that this was a CONCEPT phone and not the real thing, something they should really have been prompted to remember by the supposed 8GB of RAM! To be fair the design is a beautiful looking handset but even if a Galaxy Nexus 2 eventually appears, it’s unlikely to look anything like this concept idea.

A report on Droid-Life points out that reports have flown about the Galaxy Nexus 2 and in fact if you hear anything about it over the next month or so it’s likely to have stemmed from this mockup rather than any genuine article. However a WSJ report has said that Google is to extend its Nexus program to multiple OEM’s later this year so we’re not about to say that there will definitely not be a Galaxy Nexus 2 by the winter but certainly at the moment we shouldn’t be carried away by news surrounding a mere concept.

We’d like to hear your thoughts on this. Had you already read the latest reports on a Samsung Galaxy Nexus 2 smartphone arising from this mockup? Were you hoping that this was in fact the real deal? Let us know with your comments. 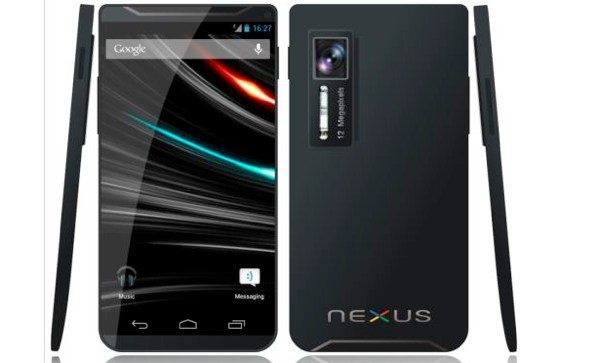