It appears that iPhone maker Foxconn is looking at grabbing a stake in Sharp Corps to ensure that they have access to the latest tech for parts used by Apple, and a plunge in Sharp shares last week has prompted Foxconn to announce they will renegotiate the deal so they gain more favourable terms.

According to an article over on Business Week, Sharp’s shares plummeted to their lowest in 37-years in Tokyo with their bonds falling after the manufacturer of Aquos TVs forecast an annual loss of 250 billion yen, approximately $3.2 billion, which prompted Foxconn to seek a lower price for their 9.9% stake whilst pledging to forge ahead with the deal.

The founder and chairman of Foxconn, Terry Gou is betting Sharp will continue to deliver key components for the iPhone and Apple iPad units that Foxconn assembles and ensuing that one of Apple’s important suppliers survives.

Sanford C. Bernstein analyst Alberto moel has said that Apple needs Sharp, and if Sharp was taken offline it would hurt Apple.

Apparently the stakes are high for all involved, as the new iPhone, along with the Apple iPad Mini, and possibly a new Apple TV are expected to revive profits for Apple after net sales and income missed estimate for the second time since 2003 in the June quarter.

Foxconn along with their clients compete with Samsung, and the Foxconn chairman reckons a closer alliance with Sharp will place Foxconn on a better footing with rival Samsung, with Gou saying at an annual investors meeting that the Sharp deal will help them defeat Samsung. 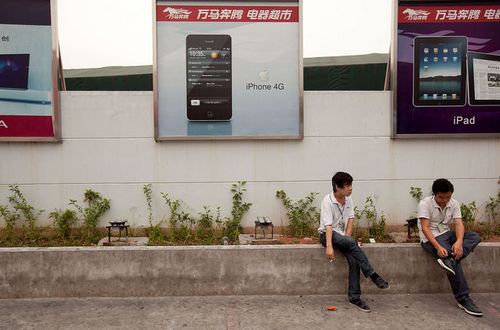