As you are probably aware, Microsoft hasn’t started selling their new Microsoft Surface tablet yet, as there are expected to release the slate on the 26th of October. However, if you assumed that the Surface tablet would be a one off, you’d be very much mistaken, because the word is the first Surface tablet is only the beginning.

According to a report by Phone Arena, by way of Tech Radar, the Microsoft Surface tablet is the first of a family of Windows 8 tablets, and Microsoft is already working on the Surface 2.

Previously Microsoft had called the Microsoft Surface tablet ‘our new family of PCs built to be the intimate stage of Windows,’ however, Frank Shaw, Microsoft’s corporate communications head dismissed that phrase by stating that Microsoft had only used it as ‘literary license’, and that there is nothing more than just the RT and Pro versions of the slate.

However, between June and August, Microsoft posted over a dozen job adverts to the Microsoft Careers website that shows they are looking to expand their Surface team, with ads saying the division is ‘currently building the next generation’ of devices that express the Windows vision.’

Apparently the scope of the people Microsoft wants to hire shows the firm isn’t simply keeping the Surface up to date, but is building up a full development and product design team with component specialists, material experts, driver developers, mechanical engineers, audio engineers, and all in addition to engineers and industrial designers already on the Surface team.

Thus all this tends one to believe that Microsoft is building up a brand new division to work on Surface tablets, and thus working on the next generation Microsoft Surface 2. 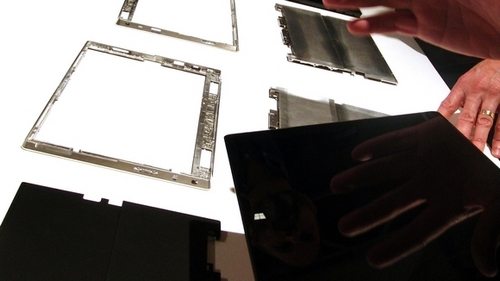