As you probably know, Apple has decided to boot Google Maps to the curb on their iOS devices, and have opted to deliver their own Apple Map version when iOS 6 finally gets released later in the year, and sometime back Apple previewed Apple Maps, which looks to be a fairly competent substitute for Google Maps. However, the Google guys have been in the maps game for quite some time, so can Apple actually deliver a better maps app than Google, or will it be worse?

According to the guys over at Mashable, the lack of transit directions in Apple Maps could be down to most cities writing their transportation in General Transit Data Feed, which was originally know as Google Transit Data Feed, and as it was developed by Google, this could be the reason Apple is unwilling to use it. 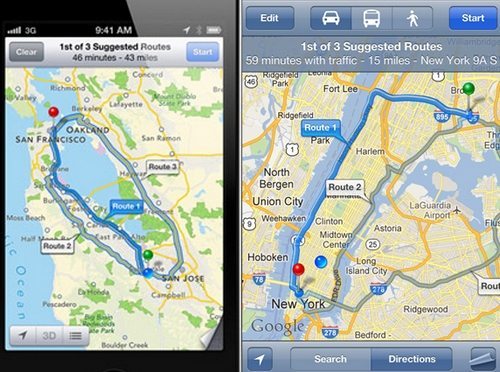 Both Apple Maps and Google Maps enable the user to search for restaurants near your location, whilst Apple Maps goes a tad further by integrating Yelp info into those searches so the user can view reviews and ratings for a particular restaurant.

However, one will need to wait until such times as Apple delivers the Apple Maps app to the iOS platform before anyone can really make a good comparison between the two. No doubt the iOS faithful will herald Apple Maps as the best available, whilst the Android faithful will come down on the side of Google. 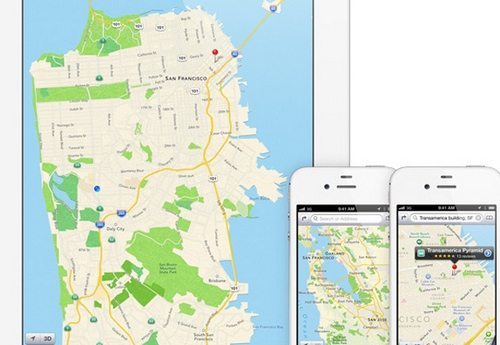 7 thoughts on “Apple vs Google, worst maps belongs to!”