Yes, well we all know that the iPhone is said to be more secure than Android devices, but just how secure is Apple’s iOS operating system? Well apparently security measures in iOS have crossed a ‘significant threshold’, and is so locked down that even law enforcement agencies find it difficult to sift through an iPhone which has been retrieved from a thief, which is great news for the iPhone user but not for those law enforcement agencies.

The news of iOS being so secure comes our way courtesy of Technobuffalo by way of a report by Technology Review, with the Department of Justice director of cyber-crime lab at Computing Crime and Intellectual Property section, Ovie Carroll stating that from a DOJ view, if the drive is encrypted, then you are done, if you pull power on a drive which is whole-disk encrypted chances of recovering any data are lost.

According to Technology Review, Apple’s security architecture is AES (Advanced Encryption Standard) algorithm, a data scrambling system that was published way back in 1998 and adopted by the US government in 2001, and after exhaustive analysis it is believed that AES is unbreakable.

Apparently Apple didn’t comment on the guys article but Apple has said in its security related white paper that the AES key in both the Apple iPad and iPhone is unique to each product and isn’t recorded by the company or any of their suppliers. 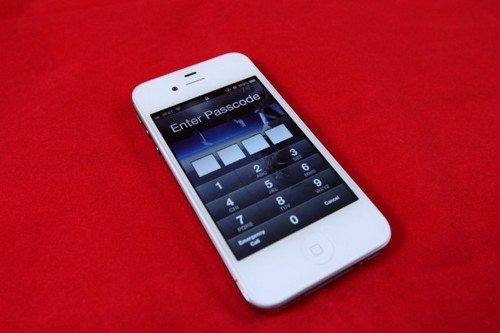 The article also states that this means when the iPhone or iPad is switched off the copy of the encryption key in the accessible memory is erased, and that is why investigators have to try all possible keys, something that is said to be impossible by the NSA, although the iOS devices do keep an encryption key copy buried deeper in the flash memory, otherwise the device wouldn’t be able to recover data when it is switched back on; however that is protected by the users PIN lock code.

Thus iOS encrypts all data on an iDevice unlike Android devices that only encrypts some of the data, and apparently does not take advantage of hardware encryption like iOS.