The Droid-life reader also reports that the on-device search looks to have been given a downwards bump, and apparently doesn’t deliver results for contacts or apps, something the guys say they thought might happen with the next update due to the continuing fight with Apple. 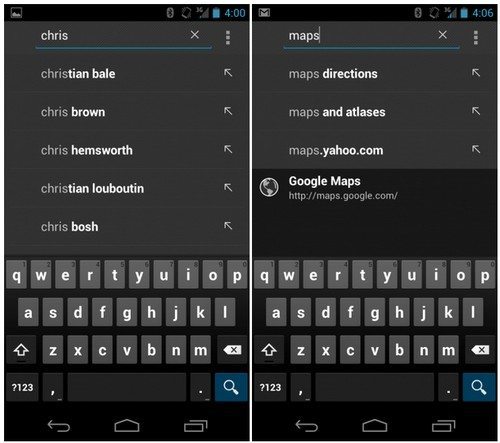 Many of the comments on the article suggest that the problem could be with the .10 version of the handset, or replacement in general, but the comments area is overflowing with those that are experiencing issues with their device, with one poster saying they went through eight Galaxy Nexus handset before getting one that works fine, although does experience rare mic cut off issues along with awful keyboard lag times.

However another says their Galaxy Nexus with IMM76Q also has connection problems with 4G, 3G and WiFi, and replaced them with new devices that still had IMM76Q and it works fine, so suggest that the issue is with individual handsets and not Android Ice Cream Sandwich.

The Droid-life guys say they are also hearing that some stores have placed ‘Updated’ sticker on devices and are sending them back in some cases because of the number of problems users have been faced with.

So we’d like to hear from any of our readers out there that have had a replacement Version Galaxy Nexus with IMM76Q to let us know you your device is running fine or whether you are experiencing these same issues with the device.