For those Android faithful that prefer an LG handset, you might just like to know that LG has announced the global roll out of their latest ICS smartphone, the LG Optimus Vu. An Android handset that so far has has only been available to the Korean and Japanese Android faithful, but will soon be making its debut in Europe, Asia, Africa, the Middle East, and Latin America.

The news of the global availability of the LG Optimus Vu comes our way courtesy of the guys over at Android Central, and comes after LG announced that in excess of 500,000 LG Optimus Vu handsets have already been sold, a number that will no doubt increase once the device hits other countries.

The above countries can expect the LG Optimus Vu to become available sometime in September, and will also make its debut in the United States at some point this quarter where the Android Ice Cream Sandwich smartphone is expected to go with the Big Red. 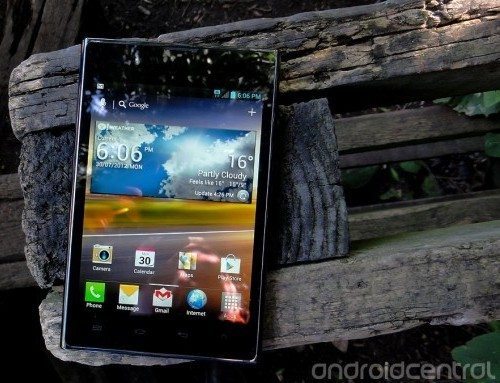 The president and CEO of LG Electronics, Dr. Jong-seok Park has stated that the different form factor with the LG Optimus Vu makes the handset unique in the 5-inch category, and something they expect will catch on once the smartphone becomes widely available.

So there you have it, if you have been awaiting the arrival of the LG Optimus Vu in your country, you can expect the Android handset to become available quite soon. Do any of our readers have their eyes on the Optimus Vu and hoping to snap up the device once it hits?