We are now only a short time away from the start of the special event that Apple is holding in San Francisco, which is widely believed to be the first official unveiling of the iPhone 5. Leading up to this event we have had months of speculation about possible new features of the device, and we now have the possible Apple iPhone 9-pin dock connector and a micro USB comparison.

An article over on AppleInsider has some images that are alleged to be of the new iPhone 5 dock connector with a USB cable. The images show that the two components share almost identical dimensions, and the side by side comparison have come from the same source that revealed some images back in August.

As you can see in the image below the smaller 9-pin dock connector is almost the same size as a micro USB plug, but it seems the alleged Apple component is slightly longer and thinner. Like many USB connectors the part features a housing where contact pins are aligned in a linear manner.

This will then need an opening into where the tongue of a female receptacle can be pushed in, and Apple’s current 30-pin connector uses the same principle, but Apple’s new smaller design allows for a sturdier male/female system. 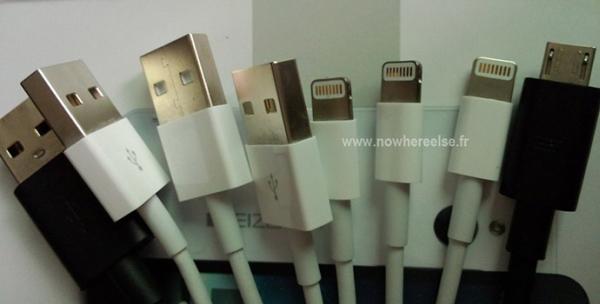 Sources have claimed that the new dock connector will have a layout where eight pins are exposed on either side of a metal shell, which serves as the ninth contact. The new design will allow users to locate the connector without having to check it is the right way up first.

As with any supposed leak we will have to wait until later tonight to find out if there is any truth in them, as Apple reveals to the world their new flagship smartphone.