There are many smartphone owners who like to customize their device so it is more unique compared to versions owned by other users. Nokia recently announced its new line of Lumia handsets that will come running the upcoming Windows Phone 8 operating system, and the Nokia Lumia 820 has some sexy interchangeable shell cases available.

Many of you may be old enough to remember the classic Nokia 3210 that could be personalized by changing the shell of the handset to a variety of different designs. Now an article over at Conversations by Nokia is looking at the interchangeable shells that play a bigger part than just looking good on the handset.

The brightly coloured shells are more than just a plastic cover as they also activate the wireless charging feature of the Lumia 820, and will also protect the device from what life can throw at it. Each one has been created to suit a users different needs, and designer Tuomas Reivo added that it’s not just about changing the colour of the handset, but users can change “a shell to add a function”.

The shells are manufactured from a PC/ABS material that has been designed to make them to easily click on and off, but remaining strong in the process. The various colours are not just painted on, but are part of the material meaning they are less prone to scratching. Upon purchasing the Lumia 820 owners will receive a standard shell. 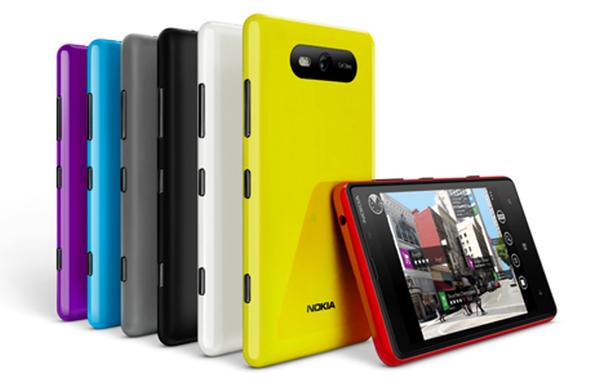 If you want to take advantage of the wireless charging of the Lumia 820 users will have to purchase the Wireless Charging shell, which may surprise many potential owners or even put them off. There is also the ruggedized shell available for those that need something a little stronger. The full range of shells for the Nokia Lumia 820 will be available when the handset is released.