Despite there now being many feature rich and powerful smartphones available to consumers, not everyone needs or can use such devices. There will be many technophobes that want a mobile phone that just makes and receives phone calls, and the Amplicomms PowerTel M7000 Phone that is available at high street chemist Boots maybe perfect for such people.

The handset will be the perfect gift for the elderly and those with hearing impairments, as calls on the handset are promised to be 100 times louder on the simple to use handset. The Amplicomms PowerTel M7000 offers clear and precise sound with no distortion, and the handsets ring tone can be adjusted to be as loud as a road drill.

Added to this loudness is a powerful vibrate that will mean calls shouldn’t be missed again, and calls are simply answered by opening the handset up before closing it to finish a call. The handset has the highest possible compatibility rating for people that wear hearing aids.

There is a SOS button that has been specially programmed that in case of an emergency can send a recorded message to five different numbers, and there are three speed dial buttons coupled with a 500 entry phone book. 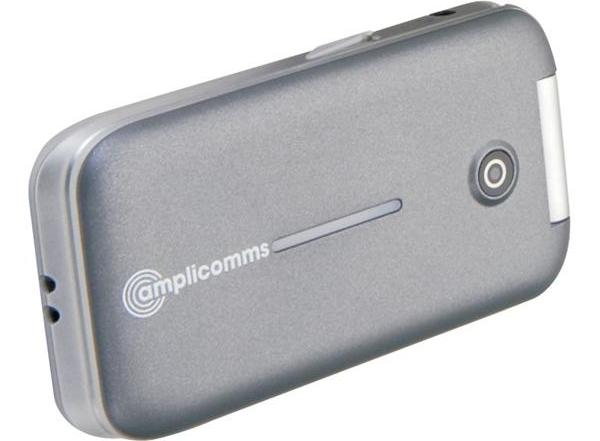 Users are even given the option of a loud hands free calling function, and the 2.4-inch LCD high resolution display provides clear and extra large fonts. Added to this is the clever LED torch, calendar, calculator, Bluetooth, and SMS message facility.

The mobile phone comes with an old school desktop charging stand and is available in either grey or white, with more colour options coming soon. Calls on the handset can be made as loud as 40dB with the ringer going up to 90dB.

Incoming calls can be seen visually with the LED ringer alert, and there is even the option of switching on the talking numbers feature. Talk time is seven hours with standby time of around eight days, and the handset weighs in at only 99g. The Amplicomms PowerTel M7000 is currently on offer at Â£59.99, which is a saving of Â£20, and to find out more click here.