According to a report over on Android Community by way of Unwired View, the word is old Sammy has started pushing out invites for an event in Germany to be held on the 11th of this month, and apparently the accompanying text in the invite translates to…’something small will be really big, get ready for a little sensation.’

Whilst an image in the centre of the invitation appears to be the ‘S’ that Sammy always uses on their Galaxy S devices, and thus one can surmise that whatever Samsung is going to unveil at the event next week, it will be a Samsung Galaxy S device. 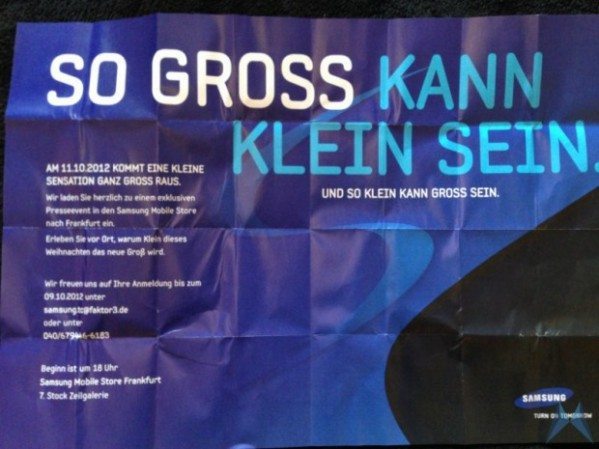 Apparently many sources that are ‘close to the matter’ are saying that it will be the Samsung Galaxy S3 mini, and not another Galaxy S device, but of course nothing has been confirmed.