There’s a new LTE enabled smartphone coming out of the Kyocrea camp that is especially for the Japanese market, and that smartphone is called the Kyocera Dingo S, and the Dingo S smartphone has now been released with compatibility with KDDI’s recently launched 4G LTE network.

The new that the Dingo S smartphone has been released in Japan was announced by Kyocera, and for those in Japan the handset is an Android Ice Cream Sandwich handset and features Kyocera’s propriety Smart Sonic Receiver tissue-conduction tech. 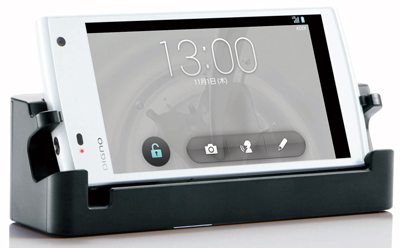 Furthermore when you purchase the Kyocera Dingo S the handset comes with a battery charging dock and AC adaptor that apparently applies 2.7x more electrical current than conventional models, meaning the smartphone battery can be charged from 0 to 50 percent in 30-minutes and 80 percent in an hour.