At Phones Review we enjoy bringing readers details of new smartphones and tablets but we also like to focus from time to time on apps that are available and today we’re looking at two of the most popular apps out there, Instagram and Pinterest. These are available for iOS and Android devices and we’d like to hear from readers about Instagram vs. Pinterest and which you’ll be using to upload your Christmas 2012 photos.

Sharing and posting videos and photos is an increasingly popular pastime and many millions of people use one or the other of these apps to do so. Instagram is a well-established photo service based on a photo and video app and was recently brought by Facebook. Pinterest on the other hand is more aligned with the whole social networking sphere and enables users to share content by ‘pinning’ things to ‘pinboards’ arranged into subjects and themes. Pinterest’s popularity grew very quickly indeed so let’s take a closer look at the apps from Google Play or the App Store to give you more detail.

Starting with Instagram the Android app is available from Google Play here while the iOS app can be found at iTunes here. Both are free apps and the Android app is for devices running Android 2.2 or later. The iOS app is for iPhone, iPod touch and iPad running iOS 4.3 or later and has been optimized for the iPhone 5. Instagram now has over 80 million users and offers free customized filters and borders, linear and radial tilt-shift blur effects, instant sharing to Facebook, Twitter and more and unlimited uploads and interaction with friends by giving and receiving comments and likes. Users can share their photo stream with friends and see their photos too and it really is a great way of keeping in touch with friends and family and seeing new photos every time you use it. 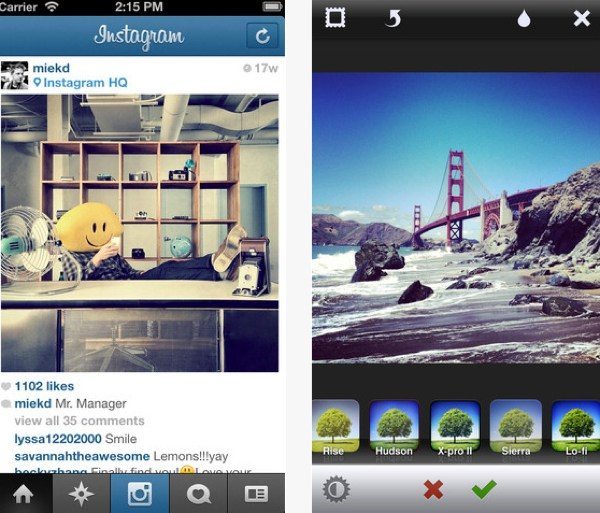 On to Pinterest and you can find the Android app from Google Play here or the iOS app from iTunes here. These are also free apps with the Android app suitable for devices running Android 2.2 or later and the iOS app compatible with the iPhone 3GS, iPhone 4, iPhone 4S, iPhone 5, iPod touch (3rd, 4th and 5th generation) and iPad running iOS 5.0 or later. This app is also optimized for the iPhone 5. Pinterest revolves around many interests rather than just photos and videos though and users of the app create pinboards for vacations, recipes, fashion, gadgets and many other ideas, whatever appeals to them. Users can add their own creations to online pinboards, look at other categories they are interested in, follow boards and use their cameras to create new pins. 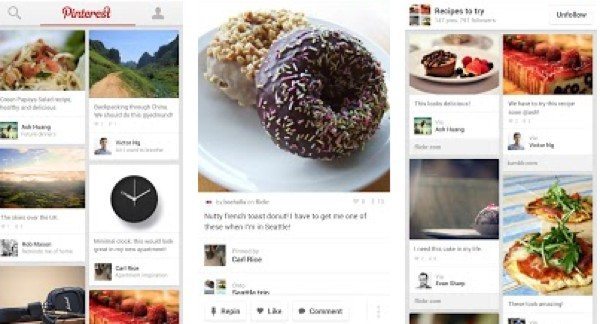 As we’ve already said, both Instagram and Pinterest are hugely successful apps and have devoted users of the sites who usually favor one over the other. While Pinterest is a resource for gathering and sharing diverse information and ideas, Instagram is a site more focused on the photography element and the two tend to have very different user bases.

This is where we’d like to hear from our readers. Have you used Instagram or Pinterest yourself? If so, do you favor Instagram or Pinterest for sharing photos and if one is a clear winner for you then please tell us why? Which of these apps will you use to upload your photos for Christmas 2012? Let us have your comments on this.