At Phones Review we try to keep readers informed when operating system updates become available for their phones. Today there’s good news if you’re the owner of a Motorola Droid RAZR M smartphone on Verizon as the Android 4.1 Jelly Bean update has now officially begun rolling out.

Many of you will be pleased to learn then that on Friday Motorola announced that Jelly Bean for the Droid RAZR M was now being pushed out. Although the rollout has now begun there is no timescale mentioned for when the rollout will be concluded although Motorola has stated that the update will come in phases according to PC Mag. A support document from Verizon has been made available and the Jelly Bean update is 254.1MBs and depending on network conditions could take up to 30 minutes to download. Following this, installation will take around 15-30 minutes more and you should be aware that you will not be able to make or receive calls to your device during that time. 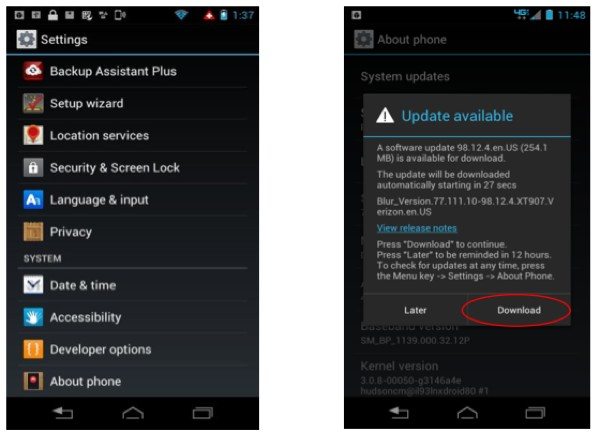 Jelly Bean will bring you plenty of neat improvements and new features including Google Now, improved notifications, Voice Search, Android Beam and better text prediction functionality and we would like to hear what you think about Jelly Bean. Also we’d like to get an idea of how quickly the update is rolling out so perhaps you could let us know once you receive the Jelly Bean update? Send us your comments about this.