If you were to go back a few years the handset that business types went for was the BlackBerry, but over time RIM has not been able to keep hold of this market share because they did not have an answer from the onslaught from their rivals. Speaking of handsets for the business user there’s now the Verizon Samsung Galaxy Stratosphere 2, which is said to offer the user a plentiful multimedia experience.

Samsung have kept up their onslaught with phones like this and the Stratosphere II is a fine example of this when you compare the enhancements that have been made compared to its predecessor. While the spec sheet for this handset will not set any bench test records, the 1.2 GHz processor, Android 4.0 and also 4G LTE are more than enough for corporate users.

Business users will love VPN and MDM along with a number of security features, such as Microsoft Exchange ActiveSync. If you’re also after a handset that offers a bit of fun then being able to rent movies via the Samsung Media Hub and view them on the average sized 4-inch Super AMOLED display should be just enough to keep you happy. This handset is to cost $129.99 following a $50 mail-in rebate on a two-year Verizon contract. 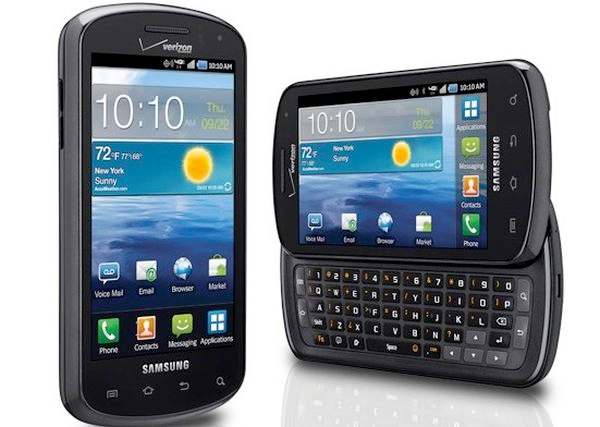 Handsets such as the Samsung Galaxy Stratosphere 2 has already proven that there are still customers who still like the feel of a physical keyboard, but this makes us wonder what ever happened to vertical sliders, you know handsets such as the Palm Pre and the BlackBerry Torch?

It’s been years since I had such a phone, but there are still certain people out there who ache for the likes of Samsung or some other phone maker to be bold and release a new smartphone with a vertical slider. Having said that, we’re sure that some of you would say that this would be a step backwards, along with the fact that the device would have to be a little on the thick side.

We’d love to know if you would like to see a decent vertical slider handset hit the market?

4 thoughts on “Verizon Samsung Galaxy Stratosphere 2, the need for sliders”