Xbox SmartGlass launched alongside the new Windows 8 platform last month, coming fully integrated into all of the devices supporting the new platform. Since then, a free app has been made available for Android and iOS users to bring the new Microsoft creation to those operating systems. But what exactly is this SmartGlass thing?

What is Xbox SmartGlass?
SmartGlass lets users sync their Xbox 360 console with a PC, phone or tablet, turning hand-held devices into a controller to select what content is displayed on your television screen. It also enables users to input text into web browsers, navigate across the user interface, activate gesture commands and even surf the web.

Creating a dual-screen experience SmartGlass means you’ll never have to pause or hop out of a game or movie ever again. While your content is being streamed to your television, any other contextual information, including interactive guides, real-time gaming strategies or extra behind the scenes footage and IMDb style information can all be viewed on your smartphone or tablet.

Xbox SmartGlass and Windows 8
For Microsoft SmartGlass marks a shift from desktop-centric computing towards a more mobile friendly interface to develop its ecosystem. Put simply an ecosystem is a collection of devices running the same operating system, whether it’s smartphones, laptops or tablets, so they can wirelessly share data and become an integrated platform. Here we’ve taken a look at some of Xbox’s unique links to Windows 8. Xbox Tiles in Windows 8 serves to unite media and gaming content all under the Xbox brand.

The Zune music suite (Microsoft’s media software that featured on earlier versions of Windows, both mobile and desktop) has transformed into Xbox Music, a subscription-based streaming service similar to Spotify. SmartGlass lets users control their music, local files or stream songs via the app from their tablet or smartphone to the intuitive interface on their TV screen transforming it into a virtual entertainment centre. 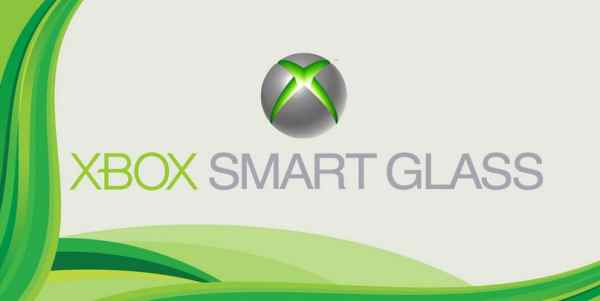 The Xbox dashboard also features the interactive Windows 8 Live Tiles so no matter what device you’re playing or viewing on, your experience will look the same making it swift and seamless. If you’re listening to music or watching a film SmartGlass syncs through Microsoft’s SkyDrive cloud service, so you can pause a film on your Xbox and continue watching it from the virtual Xbox app on your handset.

How do I get Xbox SmartGlass on my device?
To get the app you will need an Xbox Live profile and if you’re downloading on a Windows 8 or Windows RT device a Windows Live account is also necessary. Once the app has installed from the Windows Store it will appear on your Start screen.

It is also available on iOS from the App Store and can be installed on an iPhone, iPad or iPod touch running iOS 5.0 or later, and users with devices running Android 4.0 or later can also download the app from the Google Play store.

SmartGlass performance will vary based on the speed of your network connection and the processing power of your device. If you already own the Xbox live app it will need updating to gain access to all the new features of SmartGlass.

What’s next?
As new games and other content are released even more interactivity between devices will be possible in the not too distant future. SmartGlass is a no brainer for Xbox 360 users but, if the rumours about Microsoft creating a dedicated gaming tablet incorporating the Xbox and Surface brands are true, then Microsoft’s unified platform of devices will be enhanced even further.