If any of you iPhone owners get ridiculed by Android users because the latest version of iOS has a few issues, then maybe you need to remind them of the fact that Android 4.2 Jelly bean is stuffed full of bugs. The latest victim to succumb to this is the Nexus 4 with its video camera issue, which you’ll be able to see for yourself in the two videos below.

The Nexus 4 camera bug found in Android Jelly Bean 4.2 has been found by a user filming with his handset in London – but we’re sure this is not an isolated incident. It’s not a nice thought to know that your 1080p HD built-in video camera has a bug in it that will limit the quality of the video, but this is something we have come to expect from the latest Android operating system.

You’ll see from both videos that while the continuous autofocus sounds good on paper, it fails in real-world tests. Just look when the owner of one particular Nexus 4 gets his handset to autofocus into macro, all is fine at first, but when the handset then tries to get out of its close-up when moved away from the object it had been focused on it stays locked into focus, which means that it will then be recording a blur, which you can see from the image below.

The owner with the Nexus 4 camera issue has a feeling that it’s an isolated problem just to his handset, but given Jelly Bean’s track record — we’re not too sure. We’d love to hear from anyone else who is suffering from this sane issue. Apart from this one issue the camera seems to perform pretty well when you have a read over a recent Nexus 4 camera review. 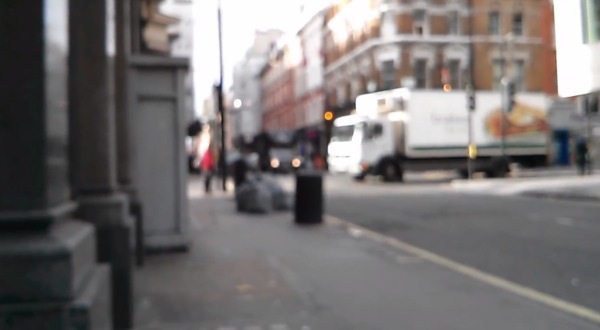 Like with all handsets it’s not just down to hardware alone (this time we have an 8-megapixel camera) but also the software as well. For the most part it looks as though Android 4.2 is doing a pretty decent job with the camera (apart from the issue mentioned above) thanks to an improved photo editor and UI capabilities, which you can clearly see in some of the sample images from review link above.

If there is an issue with the camera it’s not stopping LG’s success with their latest and greatest handset, because not long after Google referred people to T-Mobile to get their hands on the Nexus 4 they too have sold out. This has come as a bit of a shock really because T-Mobile were charging more that Google Play, but that still never deterred buyers — it’s as if this is currently the phone to have right now.