It’s that time of year when many of us think about indulging in a new smartphone for ourselves or purchasing one on a loved ones Christmas wish list. There are always bargains to be had in the holiday season and today we’ve spotted some great deals on two Motorola handsets on Verizon, the Motorola Droid RAZR M 4G and the Droid RAZR MAXX 4G. Both of these are priced as low as 1 cent on Amazon, a price that’s hard to say no to.

We’ll take a look at some of the major specs and features of these phones that are both on offer from Amazon right now. The Motorola DROID RAZR M has a 1.5GHz Qualcomm dual-core Krait processor, 4.3-inch Super AMOLED display with resolution of 960 x 540 and Corning Gorilla Glass, 1GB of RAM and 8GB of internal storage with microSD expansion to 32GB, an 8-megapixel rear camera with 1080p video capture as well as a VGA front-facing camera.

There’s also a 2000 mAh battery for up 20 hours of talk time, LTE connectivity, and it was released running Android 4.0.4 Ice Cream Sandwich, upgradable to 4.1. Dimensions are 122.5mm x 60.9mm x 8.3mm and it weighs just 126g. This is available from 1 cent on a new contract from Amazon here and is a great deal for someone who wants a phone that’s light in weight, expandable storage and a good all-round performer. 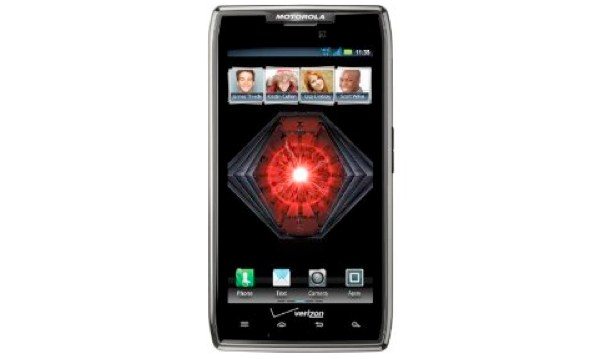 The Motorola DROID RAZR MAXX 4G has a 1.2GHz TI OMAP dual-core Cortex-A9 processor, 4.3-inch Super AMOLED display with resolution of 960 x 540 and Corning Gorilla Glass, 1GB of RAM and 8GB of internal storage with microSD expansion, along with an 8-megapixel rear camera with 1080p video recording capability and a 1.3-megapixel front-facing shooter.

It also has a large-capacity 3300 mAh battery for around 21 hours of talk time, LTE connectivity and it runs Android 4.0.4. Dimensions are 130.7mm x 68.9mm x 9mm and it weighs in at 145g. This is also available from 1 cent on a new contract from this Amazon product page and the whopping battery on this phone would make it a suitable choice for owners who make heavy use of their phone.

Both of these phones on Verizon are very decent and we wonder if you have a preference for one over the other and if so which one? Could you be tempted to take advantage of one of these Amazon offers? Why not let us know by sending your comments.