If you are the proud owner of a Samsung device you’ll no doubt want to keep that device free from scratches and the like for as long as possible. Old Sammy knows this, and as such has now unveiled new protective flip covers for their two top devices, the Samsung Galaxy Note 2 and the Samsung Galaxy S3.

Most want to keep their device free from being accidentally marked, and although there are already some quite nice cases for the Samsung Galaxy S3 and Samsung Galaxy Note 2 available, who better to get a case from than the maker of the device.

According to a report by Phone Arena, Samsung has now delivered a range of flip covers for both Android devices that means you don’t have to replace that back cover, because these new flip covers also protect the back of the handset along with having that flip over cover for protecting the front. 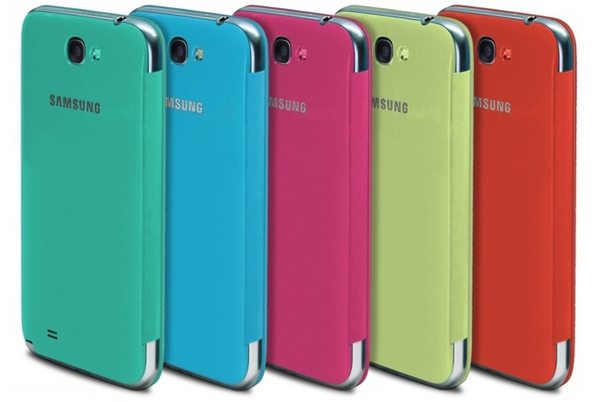 The flip covers originally released by Samsung for the Galaxy S3 and Samsung Galaxy Note 2, featured the same glossy material as the standard cover, which meant they were just as susceptible to scratching. However the new flip covers sport a soft touch material to both the back and front, meaning less likely to get scratched.

The new flip covers still offer the same style as previous cases, but now offer double the protection so you can keep your Note 2 and Galaxy S3 in pristine condition for as long as possible, something every handset user wishes to do.

The new Samsung flip covers for both devices are available in a varied range of cool looking colours, whilst commanding a price tag of $39.99 a pop from the Samsung website, or if you wish to save a few bucks, you can order two cases at a cost of just $49.99.

Whilst if you happen to require four flip covers, perhaps for gifts for friends this Christmas, four covers will set you back $99.99, so there is a good saving to be made.

So, there you have it, what do our readers think about these new flip covers for the Galaxy S3 and Note 2, are you tempted?