HTC 8X unlocked on Verizon, Windows Phone 8S not for US

Today we have information for those of you interested in two new HTC Windows Phone handsets, the HTC 8S and HTC 8X. First we have news that may disappoint some readers in the US as HTC has now announced that the HTC 8S will not be sold there. The second piece of news regards the HTC 8X on Verizon as we have learned that this is sold unlocked.

The HTC Windows Phone 8S is a cheaper and smaller device than its sibling, the HTC Windows Phone 8X. However the US will not see the 8S on the shelves as HTC has announced that it is “not currently planned for distribution in the US.” It seems HTC is concentrating its efforts in the US on the signature Windows Phone, the HTC 8X, according to Engadget. Originally the HTC 8S was planned for T-Mobile in the US but as HTC prioritized testing of the chipset used in the 8X it has now missed out on official carrier support.

The HTC 8X has already been released in the US on Verizon, AT&T and T-Mobile but if you were waiting for the HTC 8S on a carrier in the US then call off the wait! Of course there’s always the possibility that at some point US readers might be able to get an unlocked and unsubsidized HTC 8S on e-tail sites but it won’t become available on a carrier. We’re still waiting to hear an official date for the 8S release elsewhere and will keep you informed as we hear anything more on that. 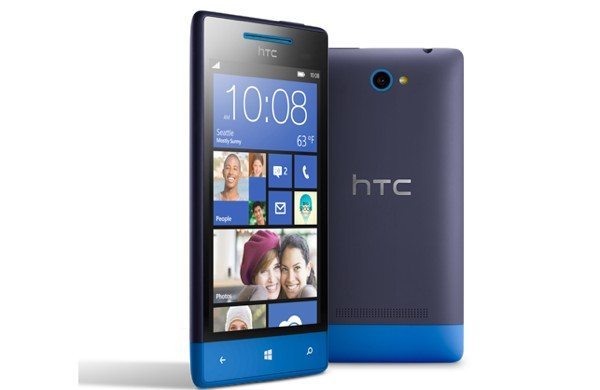 On to news about the HTC 8X and it seems that those who purchased the Verizon wireless charging model (HTC6990LVW) have had a lucky break as it is being sold unlocked and so can also be used on AT&T and T-Mobile GSM networks with the appropriate micro-SIM, according to Windows Phone Central. We’ve already welcomed Verizon’s move in keeping customers happy as the iPhone 5 and Droid DNA both shipped unlocked on Big Red and this is another welcome move. This means that not only can AT&T and T-Mobile customers now use the Verizon 8X wireless charging variant but it also gives them a greater choice of colors.

We’d like to hear your thoughts on the HTC 8S and 8X. Are you disappointed to hear that the 8S will not be coming to the US market? Maybe you’re an AT&T or T-Mobile customer pleased to learn that you can use the Verizon variant of the 8X with wireless charging? Let us know with your comments.

2 thoughts on “HTC 8X unlocked on Verizon, Windows Phone 8S not for US”