If you are in the market for a Windows 8 tablet this festive season for yourself or as a generous gift for a loved one, but don’t fancy a Microsoft Surface slate, you might like to consider the Asus VivoTab Smart Windows 8 tablet. The Asus VivoTab Smart is a 10.1-inch touch screen slate in black with 2GB of RAM along with 64GB of storage and commands a starting price of $499 a pop. 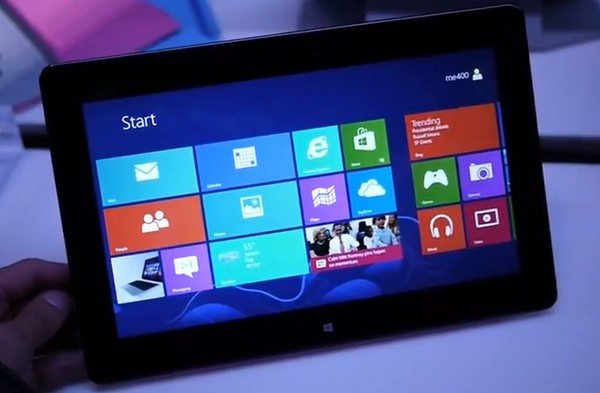 However what the Asus VivoTab Smart does offer over the RT version of the slate is that the VivoTab Smart can run just about any application that has been designed to run on Windows tablets, whilst although the processor isn’t what one would consider a speed demon, it will run the full Windows 8 OS and both Windows 8 and Windows 7 applications.

The Windows 8 tablet also offers the customer a microSD card reader, microUSB port, microHDMI port, whilst weighing in at roughly 580 grams and measures 265 x 171 x 9.7mm and sports a battery that Asus claim should last up to 8.5-hours.

So with all that now out of the way, if you are interested in picking up the Asus VivoTab Smart then obviously you’d like to know just where you can purchase the Windows 8 slate right?

Well there are a couple of places, first potential owners can pre-order the Asus VivoTab Smart from Jr.com, who say the tablet is coming soon, and you also get free shipping for your $499. Whilst if you visit Abt.com the tablet is also up for pre-order for the same price, again with free shipping. However, unfortunately neither say just when the the device will be in stock.