Over the last few weeks we have been keeping you all updated about the latest Android software updates for the Samsung Galaxy S3, and the various versions of Jelly Bean running on the handset. The device received Android 4.1.1 Jelly Bean quite a while ago now for some users, while the likes of Verizon Wireless customers have only just been treated to the new software. Today we can tell you that in the UK at least the unlocked Samsung Galaxy S3 is now receiving the Android 4.1.2 Jelly Bean update.

A few weeks ago we broke the news that Samsung had first released the software for the handset, and since then I have been checking my own Galaxy S3 for the software via the handset itself and the Samsung KIES application.

This morning I checked again via the handset to be met with the message “Access to the software update service is provided to users in the order in which they are requested”, while previously I always got the latest software is installed. I decided to open the Samsung KIES application on my laptop and was immediately met with the message that you can see further down this page. 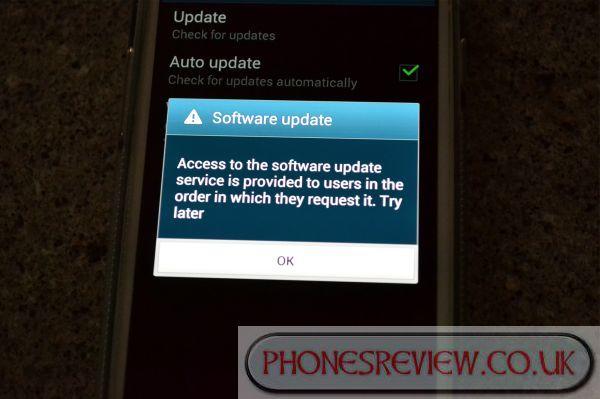 The update has been promised to bring the features that Samsung are calling Premium Suite, which include the Multi-Window feature that was first seen on the Galaxy Note 2. The downloading and installing of the new software took about twenty minutes in total via my broadband connection of around 10Mbps. 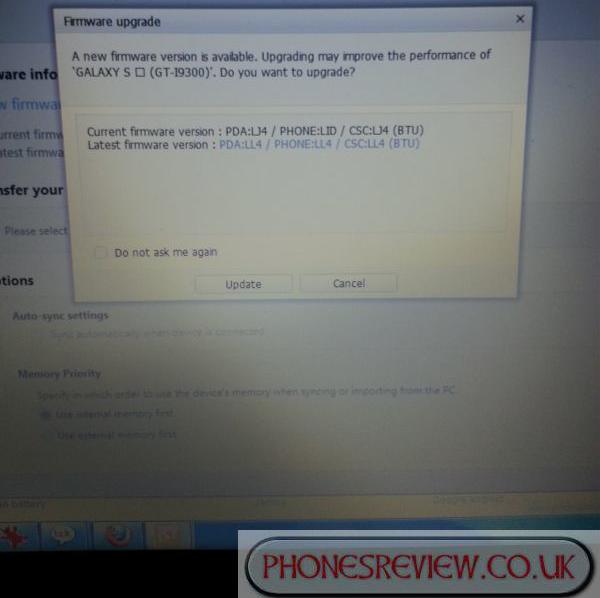 After restarting the handset straight away I could see the new Multi-Window feature via the Notification bar, and on the home screen there is a tab that once pressed opens all the apps that are already installed on the device that can be run using the feature that on my handset is quite a few, but mainly things such as Gmail and Twitter. 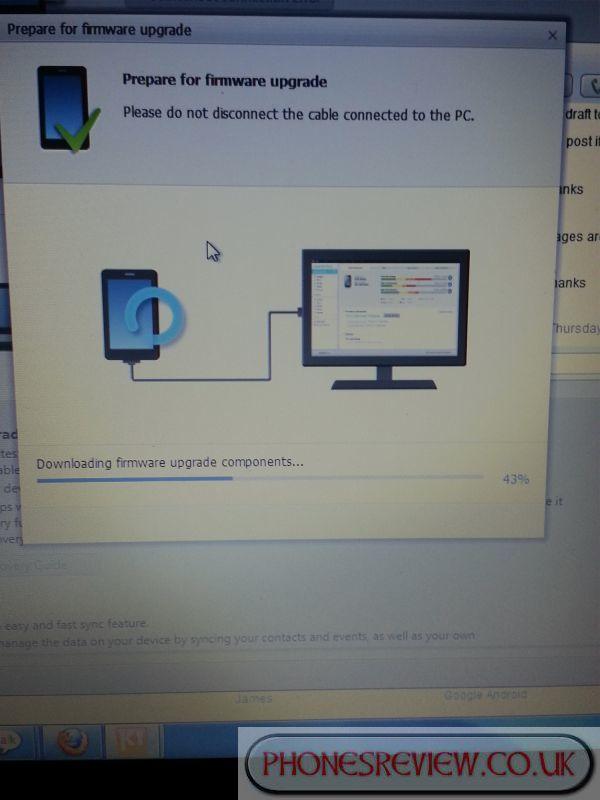 This also includes the likes of Google Chrome and Facebook that after pressing the tab you can drag the application to the bottom or top of the screen and have both working at the same time, and you can easily switch them around. Following the update the phone seems even smoother in operation, but you are met with all the prompts about the functions on the device the same way you were when turning on the device for the first time from new. 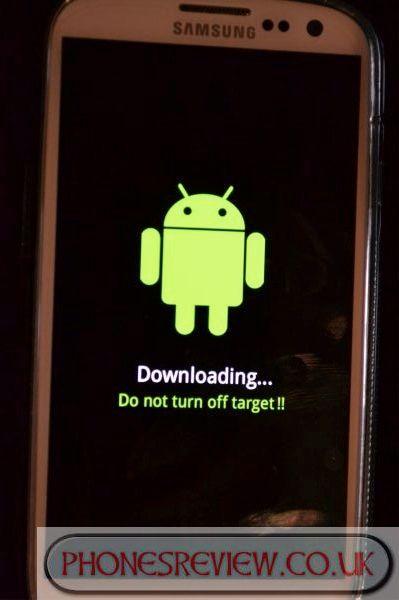 There are also some changes to the Gallery that includes easier listings for all your albums that can now be better categorised for viewing, and the handset seems to auto rotate the screen more quickly than before. The keyboard now has a swipe feature that allows you to change between letters and numbers with a quick horizontal swipe across the keyboard, but this can be switched off. 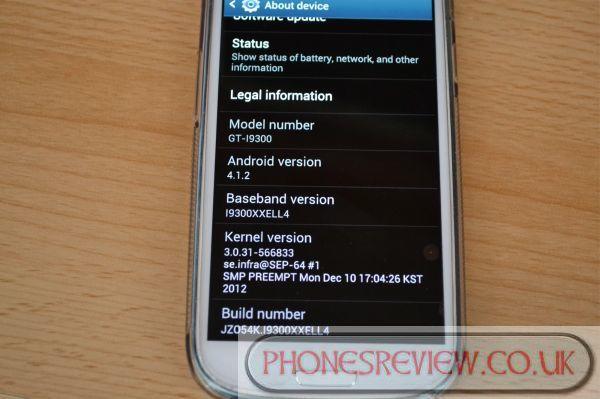 Obviously I haven’t had the chance to properly have a look at all the new features yet, but the Multi Window option seems the be the stand out new feature of the Android 4.1.2 Jelly Bean update, and hopefully carrier versions of the Samsung Galaxy S3 will soon be treated to the new firmware.

Have you got the Android 4.1.2 Jelly Bean update yet? 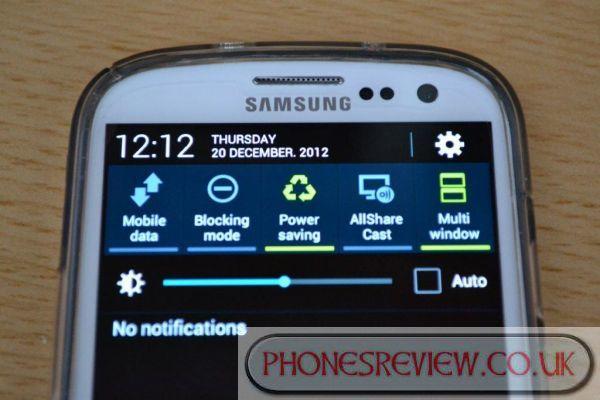