Crimson Dragon isn’t available on Xbox Live just yet, but if you simply can’t wait to get your shooting action on and defeat your enemies you can get that action on Windows Phone 7 by downloading the Crimson Dragon: Side Story game for Windows Phone 7 devices. A game that is a side scrolling shooter that uses touch controls.

Crimson Dragon: Side Story for Windows Phone 7 devices enables the gamer to get a taste of Crimson Dragon using touch controls to pilot their dragon and target their enemies along with breeding new controllable dragons and the ability to level up via repeated play.

With the Crimson Dragon: Side Story app the gamer can choose from over 170 skills so they can customise their assault on their enemies.

This Windows Phone 7 game was developed by Grounding the same team as the core Kinect game, and is available to download from the Windows Phone store at a cost of $99 although there is a free trial version also available. 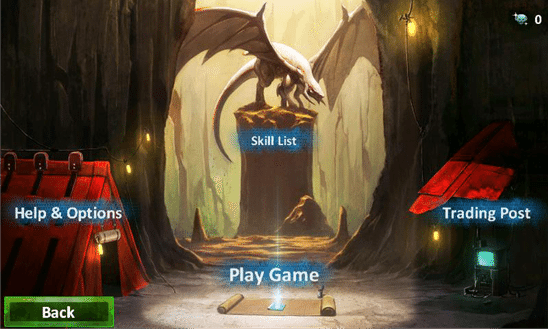 The actual Crimson Dragon game was expected to arrive back in August, however the game was delayed for some reason so it isn’t clear just when Crimson Dragon will actually arrive. But a demo of Crimson Dragon was accidentally released on the XBL Marketplace over in Japan although quickly removed according to VG24/7, but not quick enough as some managed to download it an post the demo to YouTube, which of course we have embedded for your viewing consideration below.

So for those gamers that use Windows Phone 7 head on down and mash that play button to check out the footage before heading off to grab the Crimson Dragon: Side Play WP7 app…enjoy.

Are any of our readers that own a Windows Phone 7 handset already playing Crimson Dragon: Side Story. If so feel free to let us know how the game is going.

One thought on “Crimson Dragon Side Story WP7 shooter game”