The Samsung Galaxy Note 2 is one popular device with the Android faithful, and just like the hugely popular Samsung Galaxy S3 the Note 2 just might be getting some new colour options which old Sammy seems to be quite in favour of recently, as the word is there could be both brown and red versions of the Galaxy Note 2 on their way.

According to a report by Japanese website Blog of Mobile, the Samsung Galaxy Note 2 variants popped up in a magazine advert which could suggest that these two new colours could soon be arriving in South Korea.

Apparently the official new colours are Amber Brown and Ruby Wine, with the Amber Brown version already available in Japan. So one can presume that it will be only a matter of time before old Sammy brings these new colour models of the Note 2 to other markets.

Unfortunately though although the magazine advert shows off both Amber Brown and Ruby Wine variants the advert doesn’t actually reveal just when both new colours will become available, but no doubt South Korea will see them first, but until such times as Samsung makes an official announcement it is unclear where the new colours will launch elsewhere such as the good old US of A or the Untied Kingdom. 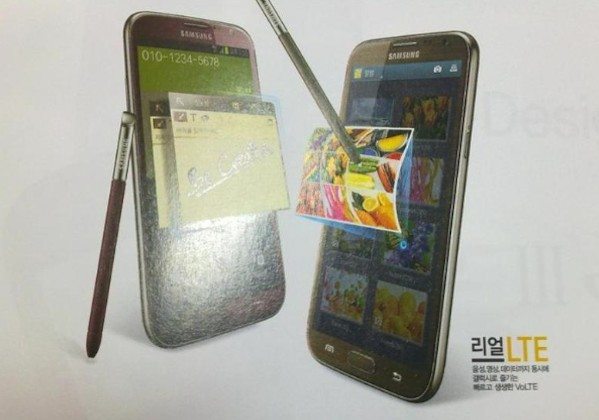 Previously there was speculation that Samsung would be delivering a black Samsung Galaxy Note 2, but again this hasn’t been confirmed by the device maker although several websites did post an image of the black model.

Of course one can expect that these new colour options will only be a cosmetic enhancement and that all specifications and features of the Samsung Galaxy Note 2 will remain as previous models, but having the choice of colours when it comes to tech devices is always a nice option to have.