If you are one of those people following the growth of Apple Company you have probably noticed that they keep giving new models of their Smartphone every once in a while. Even If you’re not following them you can’t avoid all the media buzz day-in day-out. Some of the latest news (buzz) is that Apple is preparing a new set of goodies for the year 2013. What new stuff can they deliver, you may ask yourself? Well, apparently one Chinese magazine (Commercial Times) has reported that a new iPhone and iPad are coming to the market at some time in 2013.

iPhone 5S coming to our stores
Actually, this won’t be a brand new iPhone; it’s going to be a sequel to the already existing iPhone 5. The new model will have the same name with the S at the end, which is not that new, having in mind that we already witnessed iPhone 4S. The newest model of the iPhone should be launched in the first quarter of the 2013 but we believe this will be prolonged and if they decide to go with the iPhone 5S this will be in Q2 (the time frame between the iPhone 5 and iPhone 5S launch would be too short, if they decide to go with the Q1).

New iPad Mini coming as well
The same Chinese magazine reports that a new iPad (with low display resolution) is coming to the market as well. We can be certain that they are talking about a new iPad mini, since the regular iPad has a huge display. The new iPad Mini should have Retina display but everything seems to be lying down at uncharted territories. 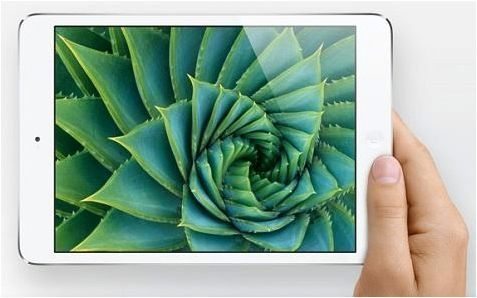 About the source (s)
The magazine behind the report had some good reports in the past and some that did not give the true information about the product launches. So, the feelings are mixed since we can’t say that the information came from a 100% safe source. There are some other stories circling the net and one of the most believable is the story behind the Gene Munster’s (from Apple) note to the investors regarding the New Year. He is saying how 2013 will be the year when Apple will launch 3 new products.

One of these products will be iPad Mini with Retina display, which is the only big disappointment (not having the Retina display) after the iPad mini launch. Apple will try to fix this mistake by refreshing the model and adding Retina. Now, this is expected to happen in the first quarter.

We think that this won’t happen in the first quarter and Q2 is more likely to see the launch of the enhanced iPad mini. The same guy (Munster) says how he expects to see new iPhone (iPhone 5S) to hit the market in the September. This iPhone 5 upgrade should be a modest phone, adding more RAM, faster processor and better camera. Furthermore, it is expected to have the new iPhone in 5 new colors.

Also, he is talking about Apples TV set, which will be marketed at the end of the 2013. The date is set just before the Christmas holidays, which will probably make this TV, set one of the best buys for the holidays. So, here you go. If you’re an Apple fan you can expect to see some changes in the next year and hopefully some improvements in the existing models. If you haven’t bought the new iPhone 5 wait a couple of months because you may get the real thing in April or May. This may sound like a long waiting period but it is going to worth it.

Author Bio: The article was written by Michael Clark. He is working with a website related to latest gadgets and technology. At their website we can also shop for latest gadgets, Smartphone, iPhone and their accessories like iPhone cover, ipad 3 screen protectors, anti glare film, etc.