Marissa Mayer is only 37. In that brief time, she’s worked on some top products for Google, having joined the company as the 20th employee in 1999. She’s a programmer by trade, having graduated from Stanford University with an M.S. in Computer Science — specialising in Artificial Intelligence — and is partly responsible for the look and feel of the Google homepage (the seventh most-visited page on the web), Google Images, Google News and Gmail. An impressive CV, by anyone’s standards.

She’s now CEO of Yahoo — the youngest CEO in the Fortune 500 — and hopes are high that she’ll be able to turn the company’s 47-percent share price drop into something more stability. Her message, she says, is core functionality and user experience.

Mayer is starting from within. RIM’s business-focused BlackBerry smartphones have been thrown out of the building, and employees are encouraged to bring their own iOS, Android and Windows devices to work instead — a massive change for the company. According to AllThingsD, Mayer reiterated her commitment to the development of Yahoo’s mobile services at a Fortune magazine dinner, comprising part of the Most Powerful Women series. Having successfully sneaked in to the invite-only proceedings, Kara Swisher (a regular AllThingsD blogger with over 336,000 Facebook subscribers) learned that “all Research In Motion BlackBerry smartphones have been banished, and that Yahoos will be using Apple’s iPhones, Google’s Android phones and Microsoft’s Windows phones.” According to another report, this is part of her deep engineering focus, something that may be ruffling a few feathers at Yahoo’s sales-centric HQ. 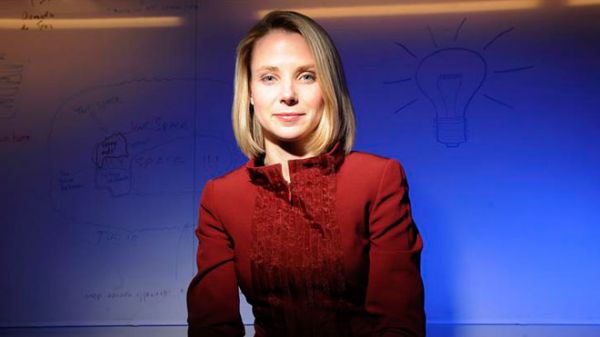 Mayer claims that “acute user need” will guide the company’s core service provision, with “frictionless and beautiful” being the engineering mantra behind any new developments. Part of this, it seems, is a brighter spotlight on internal procedure. In interviews with CNN, Mayer has made it clear that mobile is to be Yahoo’s main focus, and this is a maxim that extends to within, as well.

Mayer has already introduced free food for staffers at Sunnyvale, Yahoo’s homeplace, and she seems intent on encouraging her staff to use newer and effective laptops and tablets in place of older technologies. That could very well open the door for notebooks, ultrabooks and laptop-tablet hybrids, which are about to get ultra-competitive in 2013.

Booting BlackBerry is a bold statement from the young CEO. But her focus is clearly on building an energetic and technology-rich team, and Mayer knows that this can only be done if the web services company is using up-to-date technology every day.