Lenovo is at the CES 2013 event and has a few Android smartphone they want the mobile space to know about, although you’ll probably only be interested in these smartphones if you reside in such countries as China, Russia, and the like, as it isn’t too clear whether any of these will see the light of day over here in Europe or the USA.

So the first smartphone up is the Lenovo Ideaphone K5, an Android handset that according to a report by Ubergizmo lays claim to being the first 5-inch smartphone that sports a full HD resolution at 400+ ppi, although no doubt there are other handset makers that might argue that point.

Spec wise there isn’t a great deal of info about at the moment but the Lenovo Ideaphone K5 is said to sport a 13 megapixel rear facing camera with Exmor BSI sensor, a dual core processor and Intel hyper-treading tech. The K5 sports a non-magnetic alloy in its polycarbonate unibody chassis that is 7.3mm in thickness, and is expected to become available in China, Russia, India, Indonesia and the Philippines. 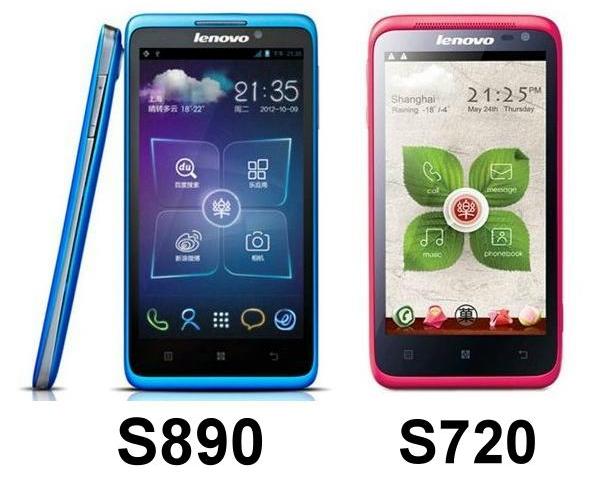 Moving on to the other Lenovo phones, details on each are still somewhat sketchy, but apparently they are all dual SIM devices, the first of which is a mid range device called the Lenovo Ideaphone S890, which according to a report by GSM Arena, sports a 5-inch 540 x 960 qHD 220ppi pixel density touch screen along with and 8 megapixel camera with flash, weighs 176 grams, is 9.3mm thick and runs Android Jelly Bean 4.2.

Then there is the Lenovo Ideaphone S720, an Android Ice Cream Sandwich handset with a 4.5-inch qHD IPS LCD touch screen with an 8 megapixel rear facing shooter along with a 1 megapixel front facing snapper, is 9.9mm in thickness, packs a dual core MTK processor and a 2000mAh battery. 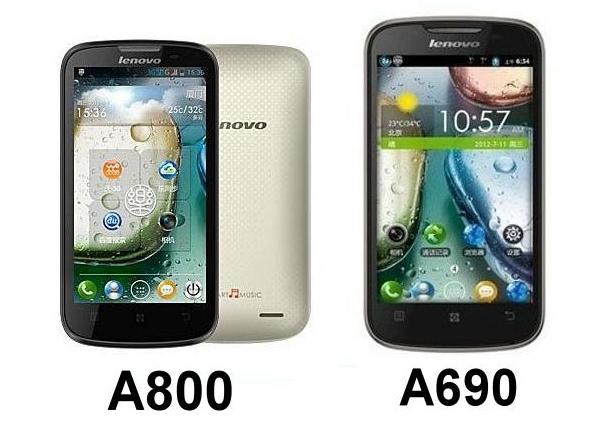 Moving on Lenovo also has the Ideaphone A800, a handset that sports a 4.5-inch FWVGA 480 x 854 touch screen along with Android Ice Cream Sandwich running the show, a 1.2GHz dual core processor and powered by a 2000mAh battery.

Lastly there is the Lenovo Ideaphone A690 that sports a 4-inch WVGA touch screen along with a 1GHz single core processor, and running a bit outdated Android 2.3 Gingerbread.

Currently there is no word on any pricing for any of these Android smartphones, but the word is they are all set to release sometime this month.