Regular readers will know that we always try to keep readers in the know about operating system updates for their devices and at the moment Android Jelly Bean is in the process of rolling out to some although others are still playing catch up. However if you’re the owner of a Samsung Galaxy S3 on AT&T then we have particularly good news as the Android 4.1 Jelly Bean update is now available for your device as an OTA update at last.

We’ve chronicled the saga of the Galaxy S3 Jelly Bean update as it seemed a long time coming for some, depending on which region and carrier you are using. AT&T owners were waiting for some time but finally Jelly Bean 4.1 became available six weeks ago but only via Kies. Although some of you will have used Kies desktop software to get your Jelly Bean flavor there are plenty of smartphone owners who would prefer to use an over-the-air update and we can now tell you that the OTA update is now available and that this has been confirmed by AT&T.

When Jelly Bean was pushed out through Kies early in December to AT&T Galaxy S3 owners there were many who wondered why it was only accessible via Kies and most users have probably been waiting for a simple OTA update to arrive before updating from Ice Cream Sandwich. Now the OTA update is here although it is still only available through a Wi-Fi connection, but many users will be far more comfortable with this than having to use Kies. 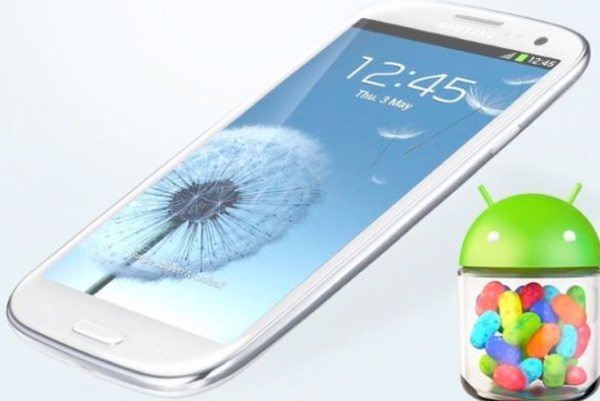 As well as AT&T confirming the OTA update is now obtainable according to Android Central, contributors to its forums are also noting that it’s now available and some report that they received software update notifications earlier today. If you have a Galaxy S3 on AT&T and haven’t yet received notification of the Jelly Bean update connect to WiFi and then check Settings followed by About Phone on your phone menu. Jelly Bean brings some notable changes and improvements so before downloading check you have at least 40 to 50% battery life so you don’t lose it halfway through.

Are you the owner of a Samsung Galaxy S3 on AT&T who has been eagerly waiting for the Jelly Bean OTA update? Have you already received notification? If you’ve already used the OTA update let us know how it went and also your initial impressions of Android Jelly Bean by sending us your comments.