The MWC 2013 countdown has begun and on February 25th in Barcelona we will all learn a lot and know what new devices will be released and when. The Mobile World Congress is one event we will be following carefully and it seems many new devices will be announced, and one of these is the new Samsung Galaxy Xcover 2 GT-S7110 Android rugged smartphone that has similar specs to the Galaxy S3 Mini.

The new upcoming Samsung Galaxy Xcover 2 expected to be announced and the MWC event in February, and at the moment details are slim on this new smartphone. What we can see is that this new rugged handset is similar in the way of specs with the Samsung Galaxy S3 Mini but more beefier.

Specification wise on the Galaxy Xcover 2 are not what you call top end they are reasonable, specs such as a 4-inch TFT 480Ã—800 WVGA display, 4GB internal storage with microSD support up to 32GB, as well as a 5-megapixel rear camera and VGA front facing camera, so far so good in the way of a mid-range phone. 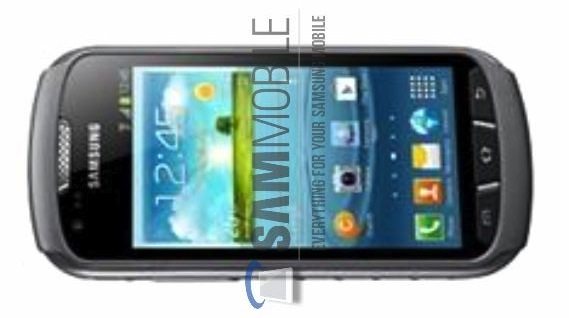 The first XCover was dust and water resistant with an IP67 certification, so we expect no less if not more for the new Samsung Galaxy Xcover 2. This phone will come in either Titan Gray or Red/Black colour schemes, so for now it is all about waiting power for the official announcement on specifications and release dates.

We are hoping this handset is released in both UK and US on all carriers, we believe Verizon will be the first to get their hands on it, we may be wrong. Would you consider buying the Samsung Galaxy Xcover 2 once it has been released?

Source and Image via SamMobile