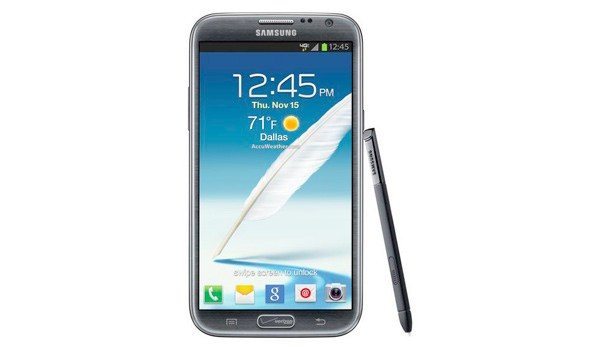 If you’re in the market for a new smartphone and prefer the larger-screened devices that are so prevalent now then you may really welcome this next piece of news. The Samsung Galaxy Note 2 (Note II) is a flagship Samsung device that has sold like hotcakes and right now Amazon has a pretty amazing deal and is selling the Verizon variant for around half the price that Verizon is selling it for, to new account holders or those adding a line to their existing family plan.

Although we often see discounts such as this towards the end of a products lifecycle that’s not the case with the Galaxy Note 2. The Note 2 for Verizon only released in Q4 and although we are already turning our attention to the Galaxy Note 3 we don’t expect a release until Q3 or Q4 this year. That makes the deal from Amazon seem pretty special as the online retailer is selling the Verizon variant in Titanium Gray for $149.99, that’s with a new two-year contract. Verizon meanwhile is still selling the Galaxy Note 2 for $299.999 on contract.

Alternatively if you wish to get the Samsung Galaxy Note 2 as an upgrade from Amazon the price is $189.99, which is still a big saving on the Verizon cost. The Galaxy Note 2 is powered by a 1.6GHz Exynos 4412 quad-core processor and has a 5.5-inch Super AMOLED display with resolution of 1280 x 720 and 267ppi. It also has 2GB of RAM, 16GB of internal storage (expandable via microSD to 64GB), an 8-megapixel rear camera with 1080p video capture and 1.9-megapixel front-facing camera.

It runs on the Android 4.1 Jelly Bean operating system, has LTE connectivity, supports NFC, has a 3100 mAh battery and users also have the advantage of the S Pen stylus. For more details or to order the Titanium Gray version of the Samsung Galaxy Note 2 on Amazon head to this product page where the phone is still currently listed as being in stock.

This looks to us to being a particularly good offer so are you tempted to order the Galaxy Note 2 from Amazon at this especially low price? Send us your comments on this.