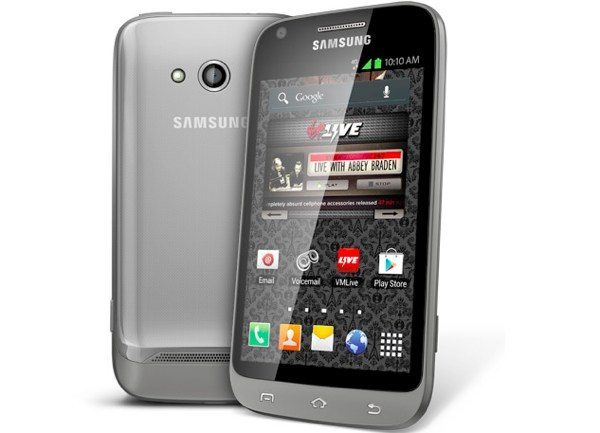 It was back in September that the Samsung Galaxy Victory 4G LTE smartphone was announced for Sprint and this very decent mid-range handset soon won plenty of fans. Now we have heard that those who prefer the pre-paid route will be able to obtain the phone through Virgin Mobile, launching with Android 4.1 Jelly Bean. This also suggests the Jelly Bean update could soon be pushed to the Sprint variety of the Samsung Galaxy Victory 4G LTE.

Many consumers prefer the hassle-free option of buying a phone and not having to be tied down to a two-year contract and Virgin Mobile has already begun selling the Galaxy Victory 4G LTE online and will also start offering it in-store from mid-March. As a brief reminder of specs we can tell you that the Samsung Galaxy Victory 4G LTE has a 1.2GHz Qualcomm Snapdragon dual-core processor, 4-inch display with resolution of 800 x 480 and 233 ppi, 1GB of RAM and internal storage of 4GB, expandable to 32GB via microSD.

The price of the phone with no contract from Virgin Mobile is $299.99 (without taxes) and Virgin Mobile’s unlimited data and messaging plans cost from $35 per month and you can find out more or order the Galaxy Victory 4G LTE at Virgin Mobile online here.

We’d really like to know your thoughts about the Galaxy Victory 4G LTE being available for Virgin Mobile? Does this sound like a reasonable deal for the phone?