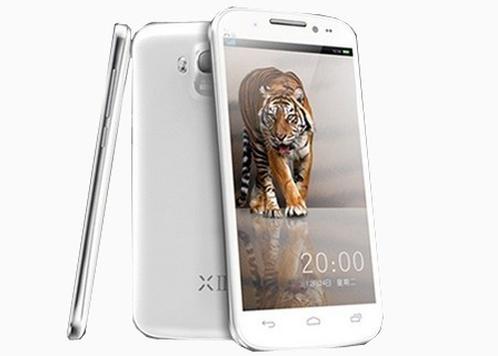 Chinese smartphone manufacturer UMI has put its latest flagship handset up for pre-order on its website, and for the Rs. 14,000 asking price the specs will be offering some serious competition to the Canvas HD from Micromax. For a start the 5-inch touchscreen display offers user Full HD resolution compared to the Canvas HD that has a 720p display.

This provides an impressive 441ppi pixel density and the UMI X2 uses the same MediaTek MT6589 quad core processor that is clocked at 1.2GHz as the Micromax smartphone. The impressive specs don’t end there as the processor is coupled with a PowerVR SGX544 GPU along with 2GB of RAM.

The UMI X2 will be running the Android 4.1 Jelly Bean operating system straight from the box, and has already been promised to get 4.2 Jelly Bean by April. The handset is another dual SIM offering with one of them supporting 3G, and storage wise the smartphone has 32GB built in with expansion possible of up to another 32GB via a microSD card.

Camera wise there is a 13-megapixel unit on the back with autofocus and LED flash, and also supports Full HD video capture, while around the front is a 3-megapixel unit. The 2,500 mAh battery can also be removed, and all this tech is packed into a form factor measuring only 135mm x 68mm x 8.9mm weighing 155grams.

The handset is down to be released between the 15th and 20th of next month, and for more information or to order one yourself click here.

Would you rather buy the UMI X2 instead of the Micromax A116 Canvas HD?